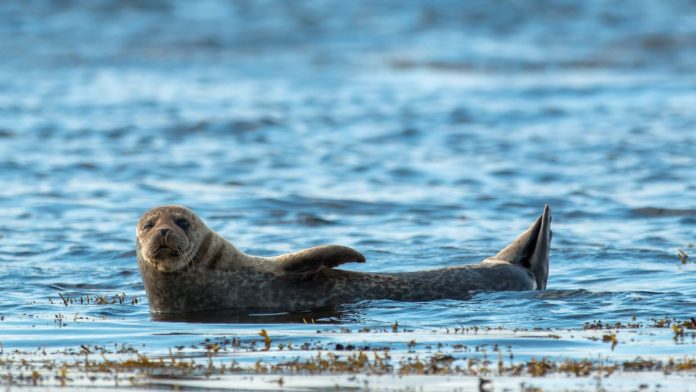 Sydney, Sep 12 A giant seal, angry at being disturbed, has helped the Australian police bust an international drug smuggling ring and seize over a tonne of drugs, including cocaine, ecstasy and methamphetamine, reports said on Thursday.

The crime was detected after a British and a French national were found hiding on an island on September 3, a day after their yacht ran aground after hitting an island reef off Western Australia.

According to Australian media reports, a rescue operation was launched after the yacht was found and Antoine Dicenta (51) from France and Graham Palmer (34) from Britain were found on the island west of the town of Geraldton — their escape bid blocked by the angry giant seal.

The duo reached the island with the help of an inflatable dinghy, and had allegedly hidden the drugs under some seaweed.

Realising that they had been found, they made a bid to escape — only to discover a “big, huge seal” was now blocking their way.

“They woke it up and it jumped up with its big chest out and bellowed at them. The guys basically had the choice of going through the seal or getting arrested, and they ended up choosing getting arrested,” Damien Healy, the second in command of the Geraldton Volunteer Marine Rescue Service, told ABC Radio, the BBC reported.

Officers discovered an estimated $688,000 of illicit drugs hidden on the island.

Meanwhile, another Briton, an American and Australian appeared in the court on Thursday in connection with the haul.

“We have disrupted a big international drug syndicate here,” he added, saying officers were still working with international partners, including the UK”s National Crime Agency.

Police Minister Michelle Roberts had earlier described it as a “colossal” drug haul.

“This amounts to hundreds of thousands, or more, shots of misery.

“We don”t know the ultimate destination of these drugs. You”d have to expect some of them would have made their way into the West Australian community if they weren”t intercepted.

“I suspect though that much of the haul was destined for the east coast and right around Australia,” she said, according to ABC Radio.