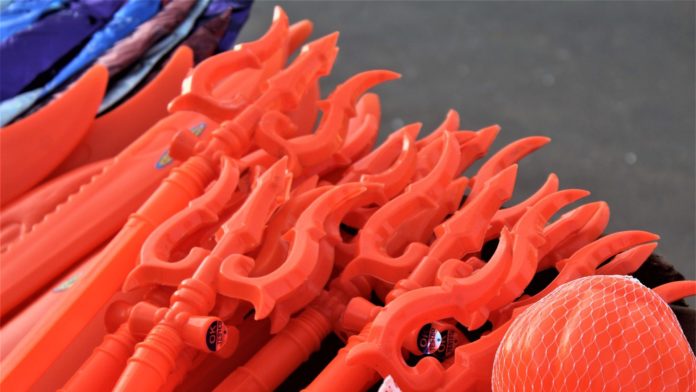 The Ramayana is the age-old epic that, as Indians, we get to know about from a really early age. It is the tale of the Ayodhya prince Ram and his journey from being a price to eventually achieving great feats for his kingdom. He is initially exiled from his own palace on the basis of a promise that his father, the king, had to keep. There his wife, Sita, is abducted by the ruler of Lanka, Raavan. The journey progresses as he accumulates an army of monkeys to rescue his wife. Hanuman proves to be the most loyal to him amongst these. He even brings an entire mountain to his Lord when he can figure out a particular medicinal herb, the “Sanjeevani Buti”. He sets up Lanka on fire when they try to burn our his tail. There are several other pivotal individuals that become allies with Ram on his quest. Eventually, Ram defeats Raavan and brings Sita home. He regains control over his kingdom. Ayodhya is lit up after he returns from the fourteen years of long exile.

If we look at the saga from a personal approach, there are a lot of things one can imbibe from it. In our generation, somehow, anything religious repels from being a source of motivation. However, if we view this from a very practical and personal perspective it can guide us along the way of what to do. It can even present some subtle hints on what not to do. Let us look at what the Ramayana teaches us from a fresh standpoint.

Here is a list of things that the Ramayana taught me:

The importance of materialism

When Ram was forced to be exiled from his own kingdom, his brother Laxman and wife Sita, willingly took his side through this journey. They chose to sacrifice the luxury and privilege of the palace, to support what is right. In fact, every character displays a strong dedication towards the side they believe in. They work hard to solve the situations of crisis. Whether it be building the stone bridge across to Lanka or coming together to fight a war; everyone comes together to work hard for a strong cause. However, in the end, only those who give due importance to the right cause over all kinds of materialism succeed. So, the first thing that I learnt was to have my heart in place and then to work hard for my cause. To look beyond the materialistic luxuries and see the real purpose at hand is one’s true calling. As seen in the tale, eventually, the rest always follows.

Dashrath promised to grant his wife Kaikeyi one boon. When she finally asks for Ram to be exiled he is deeply upset but still keeps his word. Ram preserves the honour of his father’s promise and leaves the comfort of his kingdom to spend fourteen years in the forest. They keep their honour in doing so. Thus, an important lesson to learn is to stick to your words. It is only then that one can command great respect and honour; in one’s own eyes and then in others.

The value of family

The entire dynamics of the relationships and family that we see in the Ramayana are pretty interesting to observe. Ram helps to hold together the relationship of his father Dashrath and Kaykeyi. He puts their needs above his own and thus chooses to even leave the palace to retain their sanity. Whether it is the sibling bond of Ram and Laxman or the loyalty that Hanuman exhumes; the devotedness of Jatayu and the trust Sita holds; all are strong examples of how important it is to strengthen your relationships. It is so easy to be kind to people. There is no reason why one should not display this kindness. What you add to someone’s life is also an experience added back to yours. In times of crisis, it is only these true bonds of your family that come to your aid. Perhaps even if they don’t, the purity of the soul lies in being able to give selflessly. That is exactly what we see here. In turn, the universe has ways of giving back to you in measures unexpected.

A very interesting thing to observe within the Ramayana was the several shades of grey it beautifully exhibited. One often gets quite overwhelmed by the entire idea of being absolutely correct and flawless. We are often made to look at Lord Ram from that perspective. I, however, saw shades of grey in both Ram and Raavan, that were really inspiring. On one hand, Ram being the kind and benevolent soul did everything within his reach to rescue his wife in a situation of crisis, but when she returned back he desired an Agni Pariksha. This must have been upsetting for Sita, but her love and duty superseded. Similarly, despite Raavan being the one to abduct Sita and cause atrocities in his kingdom, he displayed immense love for his sister Surpnakha. The brotherly bond was the main reason that drove his bold actions. This in no way justifies what he did but we can see that everyone is capable of existing in a dichotomy. We all have good and bad qualities that exist within us. We have pure and evil ideas too, what matters is which ones we decide to act on.

It also taught me the power of perseverance. Ram and his valuable personals not for a moment give up on the mission they set out for. At times we get really affected if there isn’t any visible progress or success. What is important is the perseverance and endurance in any quest. This is the strength that drives us even in times of difficulties.

Thus, the Ramayana has been deeply inspiring for me in more than one ways. It has had a very personal impact on me when I have imbibed it into the present modern lifestyle. It shows that one can search for the strength within even in the darkest times.