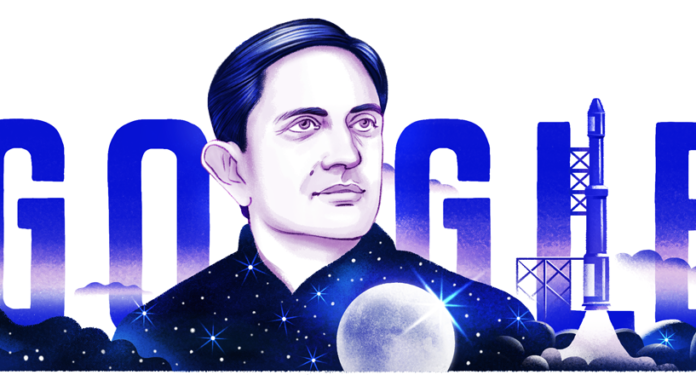 Dr.Sarabhai was considered as the Father of the Indian space program; He was a great institution builder and established or helped to establish a large number of institutions in diverse fields. He was instrumental in establishing the Physical Research Laboratory (PRL) in Ahmedabad : after returning from Cambridge to an independent India in 1947, he persuaded charitable trusts controlled by his family and friends to endow a research institution near home in Ahmedabad. Thus, Vikram Sarabhai founded the Physical Research Laboratory (PRL) in Ahmedabad on November 11, 1947. He was only 28 at that time. Sarabhai was a creator and cultivator of institutions and PRL was the first step in that direction. Vikram Sarabhai served of PRL from 1966-1971.

He was also Chairman of the Atomic Energy Commission. He along with other Ahmedabad-based industrialists played a major role in the creation of the Indian Institute of Management, Ahmedabad.

Some of the most well-known institutions established by Dr. Sarabhai are:

“There are some who question the relevance of space activities in a developing nation. To us, there is no ambiguity of purpose. We do not have the fantasy of competing with the economically advanced nations in the exploration of the moon or the planets or manned space-flight. ” “But we are convinced that if we are to play a meaningful role nationally, and in the community of nations, we must be second to none in the application of advanced technologies to the real problems of man and society.”

Dr. Homi Jehangir Bhabha, widely regarded as the father of India’s nuclear science program, supported Dr. Sarabhai in setting up the first rocket launching station in India. This center was established at Thumba near Thiruvananthapuram on the coast of the Arabian Sea, primarily because of its proximity to the equator. After a remarkable effort in setting up the infrastructure, personnel, communication links, and launch pads, the inaugural flight was launched on November 21, 1963 with a sodium vapour payload.

As a result of Dr. Sarabhai’s dialogue with NASA in 1966, the Satellite Instructional Television Experiment (SITE) was launched during July 1975 – July 1976 (when Dr.Sarabhai was no more).

Dr. Sarabhai started a project for the fabrication and launch of an Indian Satellite. As a result, the first Indian satellite, Aryabhata, was put in orbit in 1975 from a Russian Cosmodrome.