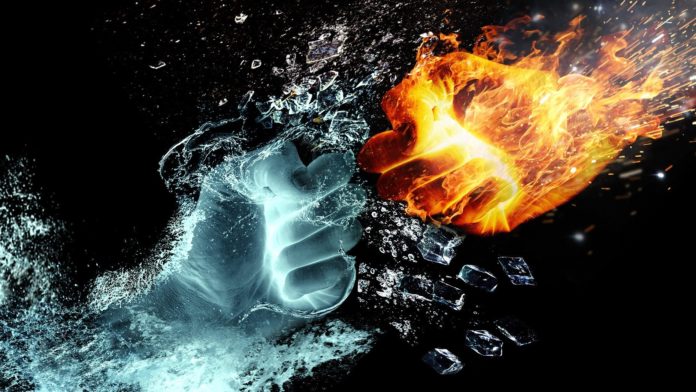 You work hard to make a difference for your family. You go to war each day to earn a buck, but you’re caught in a never-ending cycle of conflict. And worse, it’s everywhere you turn. Even at home. Day in and day out, it’s fight, fight, fight. What are you to do? Run away from it all? Give up, and let yourself be beat down? Or do you meet conflict with conflict?

If you’re like many, you probably wonder why you put yourself through all this. The usual answer is there isn’t any other way. But there is!

You don’t have to live with senseless fighting all the time. And you certainly don’t have to be prepared for attack around every turn, ready to strike at the slightest provocation. Yet that’s the way so many of us go about our business. And worse, it’s the way we deal with our loved ones.

Let’s face it. Sometimes we’re so tightly wound from all life’s arrows that anything even remotely resembling an attack sets us off. It’s like we’ve lost the ability to be civil, even with those we love most. Were we always like this?

As we took responsibility’s heavy weight onto our shoulders, we began to believe that we could only keep it up through sheer force of will. And that meant imposing it upon everyone who crosses our path.

Now, in business we have to be somewhat tactful with those who think otherwise, for through them flow our bread and butter. Still, modern economists have adopted the Japanese view that business is war, the principles of which they teach from A Book of Five Rings by the legendary swordsman Miyamoto Musashi. Certainly our courts and negotiating tables are filled with those who take that approach.

Unfortunately, the social restraints that keep us from completely losing it at work don’t necessarily follow us into the home. Emotions run high as we continually push the buttons that inflame those we love, and they in us. It’s like we’re addicted to the conflict, and can’t stop. And in a sense, it’s true. As much as we profess to hate the fighting, we do it all the time. Often reveling in the process, and its impact on others.

So what are we to do?

Any hope of ending the cycle of combat starts with an understanding of why it happens. And that’s not easy. Many factors interact, not the least of which is that we believe things should be a certain way, and feel a need to defend that belief and make it reality.

Think about some recent argument. You asserted your views. The other person did, too. The problem is, both of you saw it differently, and neither was willing to accept the other’s view. So on you went, trying to prove who was right. To make matters worse, you may have even been talking about different things, but you were so preoccupied with presenting your thoughts that you missed an open window of agreement.

Don’t feel bad. You’re not the only one. Most of us are the same way. We’re so caught up in our own thoughts we block any chance another’s can enter. So we’re left to figure out some way for our differing beliefs to coexist.

Coexistence usually means we’ll never see eye-to-eye, but will give in just enough to get our way on those things that really matter. Hopefully we don’t each need to have our way on the same things. This win-win approach is how most experts teach negotiation. Ultimately it is doomed to fail on those issues that matter most. After all, it flies in the face of the underlying “business is war” philosophy, and goes against our innate tendency to hold on to what we want.

I propose another way. And that is to look at the underlying beliefs and thoughts that led to the confrontation in the first place. Why is it that we believe those things anyway? What are the factors that cause us to fight so hard over things that really don’t matter as much as we’d like to think?

The real process of interaction, whether in the organized warfare of a lawsuit or in conversation with a spouse, is not one of trying to compromise. Because if you only win some, you lose some, too. And no one likes to lose. Even a little. So we harbor resentments that tend to come back and bite us down the road.

Instead, what really happens is that we fight until we tire of the conflict. Those moments of emotional exhaustion allow us to reconcile our beliefs with the toll of the fight, and we stop t

rying to get everything our way. In other words, we loosen our attachment to the ideas we fought over in the first place. This provides room to explore other possibilities to find solutions.

Let’s look at the common divorce where emotions run high. Each side gets a lawyer to fight for them, and off they go. Round and round they fight, spewing venom at spouse and lawyer alike. Sooner or later, one or both tire and want it over. Maybe the costs are mounting more than they think it’s worth. Maybe what they were fighting over doesn’t seem quite so important. Either way, they loosen their grip on how the outcome should look, and start trying to work things out. Maybe half-heartedly. Or even reluctantly. But at least they open a crack through which a resolution can emerge.

So maybe there’s a place for fighting the good fight. But let me suggest the answer lies not in the methods of combat, but in the things we fight over. If we quit clinging so tightly to those things we believe or want to happen, maybe we can find a way to live together in peace. Peace, then, comes not from anyone giving in. But by going to the place that was staring them in the face at the start, but they were too blind to see it.

So next time you’re fighting over anything, whether negotiating a big deal or trying to decide how to remodel the kitchen, why not stop and ask what you’re fighting about? And while you’re at it, give thanks the conflict gave you the chance to see it.

There’s always more than we know. It’s there waiting for us to look.fight