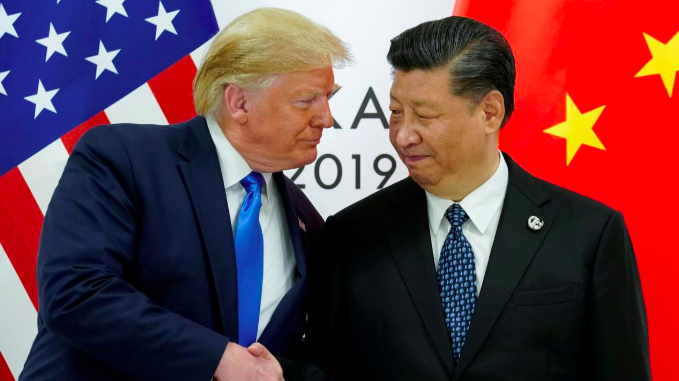 President Donald Trump on Tuesday backed off his plan to impose 10% tariffs on remaining Chinese imports on Sept. 1, delaying duties on cellphones, laptops and many other consumer goods in the hopes of blunting their impact on U.S. holiday sales.

The new tariff will, instead, be effective from Dec. 15 for thousands of products including clothing and footwear, possibly buttressing the holiday selling season from some of the fallout from the protracted trade spat between the world’s two largest economies.

Liu agreed with U.S. Trade Representative Robert Lighthizer and Treasury Secretary Steven Mnuchin to speak again by phone within the next two weeks, the ministry said.

Trump has said the two sides may still meet in early September as scheduled.

The delay in tariffs on a substantial portion of a $300 billion list of remaining Chinese imports sent U.S. stocks surging by more than 1.5% after steep losses last week as the U.S.-China trade war picture deteriorated following a drop in the value of China’s yuan currency.

Shares of market bellwether Apple Inc (AAPL.O) soared 4% on news that its core iPhone, tablet and laptop computer products would be spared from tariffs for the time being. [.N]