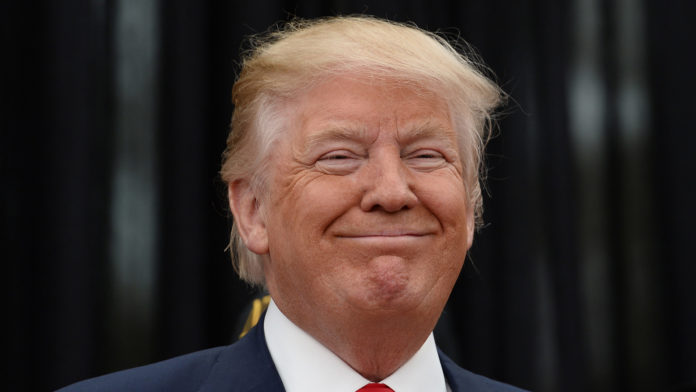 Against the backdrop of mounting evidence that the global economy is weakening, President Trump is caught between his desire to pursue the trade war with China he promised to win and his need to keep the economy humming as the 2020 election approaches.

That conflict explains some of the messaging from Mr. Trump in public and on social media in recent days as market gyrations undermine the confidence of investors.

The president has insisted that his tariffs on Chinese imports are hurting only China, telling reporters on Thursday that “the longer the trade war goes on, the weaker China gets and the stronger we get.” The main thing threatening American prosperity, he has said repeatedly on Twitter, is the Federal Reserve and its refusal to act expeditiously to lower interest rates.

But economists say the tariffs are causing damage unacknowledged by the administration, with slowing growth in China and an economic downturn in Germany, a big exporter to China, becoming apparent this week. Sticking with the trade war could bet the health of the economy on the Fed’s ability to provide a sufficient buffer if a global downturn sets in.

“The president seems to be playing a dangerous game,” by stirring “stuff up just enough to get the Fed to cut interest rates,” said Phil Levy, the chief economist at Flexport, a freight company.

Official administration forecasts continue to project that the economy will grow even faster this year than it did last year, when it was fueled by tax cuts. That outlook is rosier than any mainstream private forecaster has offered. Several forecasters have increased the odds of a recession’s hitting next year.

After the German and Chinese economic reports, the bond market responded with trading patterns that have often presaged a recession. And economic data from the United States on Thursday showed that industrial production declined in July and that the manufacturing sector had shrunk over the last year.

Outwardly, administration officials have been sanguine. A senior administration official said in an interview on Wednesday evening that analysts and investors were “going overboard” on recession fears. The administration points to economic data underscoring the strength of the American consumer, like retail sales numbers released on Thursday morning. The figures showed consumers spent at a hotter pace in July than expected, driven in part by a sale for Amazon Prime members.

In an email on Thursday, the acting chairman of the White House Council of Economic Advisers, Tomas Philipson, said, “The U.S. economic outlook remains strong despite slowing global growth.” He cited the strength of the services sector, which makes up the bulk of the American economy, and strong consumer spending powered by increased wage and productivity growth.

Still, White House officials were paying close attention to the movements of the bond market on Thursday for additional signs of strain, according to a person familiar with the matter.

Officials said they remained hopeful that the economy could still meet the administration’s growth targets if they continued their deregulation efforts, if Congress passed a new trade deal with Canada and Mexico, and if some kind of agreement was reached with China.

On Twitter on Thursday, Mr. Trump cited the economy’s health while accusing journalists of “doing everything they can to crash” it. He insisted it was too strong for that to happen.

The Fake News Media is doing everything they can to crash the economy because they think that will be bad for me and my re-election. The problem they have is that the economy is way too strong and we will soon be winning big on Trade, and everyone knows that, including China! 67.7K10:22 PM – Aug 15, 2019Twitter Ads info and privacy40.9K people are talking about this

Peter Navarro, the White House trade adviser, told Fox News on Wednesday that the “underlying fundamentals of the U.S. economy are solid as a rock” but criticized the Fed for keeping interest rates too high. He said Mr. Trump’s decision this week to delay putting some tariffs on Chinese goods would, by helping to keep consumer prices in check, “give the Federal Reserve more room to run in terms of lowering rates.”

When Mr. Trump postponed the planned duties on electronics and toys, softening the full force of his next round of tariffs on $300 billion of Chinese imports, he cited the potential impact on consumers heading into the holiday shopping season. But some of his advisers and aides immediately started thinking about how the move would play out at the Federal Reserve, according to people familiar with the discussions.

The theory was this: The tariff delay, by helping hold down inflation, might make the Fed more likely to cut interest rates. Mr. Trump often says lower rates would put the United States on a more level playing field with global competitors, many of which have rock-bottom borrowing costs that keep their currencies comparatively cheap, an advantage for exporters.

Delaying some of the tariffs, however, may actually have taken pressure off the Fed to act by increasing the chances that China and the United States will reach some sort of a deal before the full set of penalties take effect. In fact, while Wall Street forecasts had begun to point to a half-percentage-point rate cut in September, expectations of just a quarter-point cut increased after the tariff delay was announced.

Fed policy was not crucial to the decision to delay tariffs — that centered on consumers and the economy, according to people familiar with the deliberations — but the report that it is on advisers’ minds is noteworthy. It suggests that for at least some White House advisers, one consideration in shaping and selling trade policy is keeping the central bank pointed toward interest-rate cuts.

The Fed cut rates in July for the first time in more than a decade, partly in response to mounting risks from the trade war and a global economic slowdown. It signaled that it might make further cuts if global risks persisted and inflation stayed low.

Administration economists have continued to predict, as recently as July, that the economy will grow at a 3.2 percent rate this year, up from 2.5 percent last year. (Officials will complete a revised forecast at the end of October.) But if economic growth continues at its current pace through the fall, Mr. Trump will need a rapid acceleration — to more than 5 percent growth in the fourth quarter — to hit his administration’s initial target for this year.

On Wednesday, Mr. Trump wrote on Twitter: “China is not our problem, though Hong Kong is not helping. Our problem is with the Fed. Raised too much & too fast.”

But the main threat to United States growth, most economists say, is slowing economic expansion abroad and the possibility that Mr. Trump’s trade war will intensify the global pullback and chill investment and expansion domestically.

“I don’t know if he’s necessarily doing this just to get the Fed to cut,” said Gennadiy Goldberg, senior United States rates strategist at TD Securities, but the trade war “puts the Fed between a rock and a hard place,” because it wants to avoid playing into politics but must also protect the economy.

It is possible that Mr. Trump could extract the rate cuts he would like by escalating his dispute with China further, imposing even more tariffs. The president hinted on Thursday that such a course was possible.