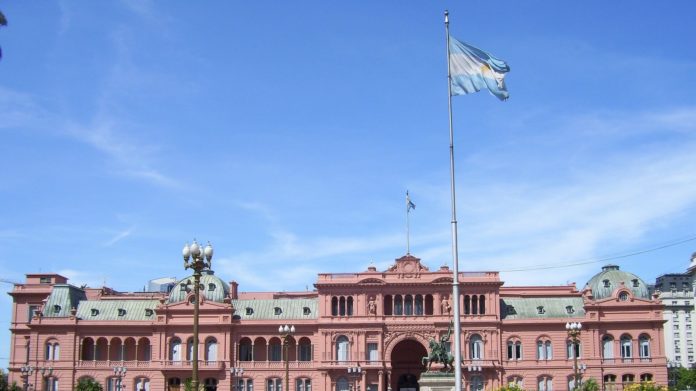 The Cementerio de la Recoleta has burials ranging from elite citizens of Buenos Aires to Argentine generals. It’s one of the most famous landmarks in Buenos Aires, and it’s full of extravagant crypts and tombstones. You get a map from the entrance and then follow the alleyways to discover Eva Peron’s final resting place.

Plan your trip to Buenos Aires with Voyagers Travel Company.

This is the hub for protests and politics in Buenos Aires. This square is bordered by the former town hall known as the Cabildo, the presidential palace called the Casa Rosada, and the Cathedral Metropolitana which is where Pope Francis personally led mass services as the Archbishop of Buenos Aires. There are weekend tours of the Casa Rosada. You need to make advance reservations, but the city does host free English-speaking guided tours on Saturdays and Sundays. You can even get the opportunity to stand on the very balcony where Evita addressed adoring crowds. It’s also where Madonna sang “Don’t cry for me Argentina”.

This was commissioned by a businessman of the country, and it’s a fascinating building that was inspired by none other than Dante’s Divine Comedy. It has three parts. The ground floor and basement are considered hell, while the first to fourteenth floors are thought to be purgatory, with the fifteenth to twenty-second floors being heaven. If you climb up to the top, which isn’t advisable for anyone scared of heights, then you get a tremendous view of Buenos Aires. This building only gets visited on guided tours, which are offered in both Spanish and English.

It was once a grand theater, but now there are many shelves of books filling this majestic space, rather than crowds. The English section is a bit limited, but you can still pick up classic books in Spanish, including Argentine authors. If you’re not in the mood for buying books, you should still visit so you can get a feel for what the theater was once like as tango music filled the air. You can even sip some coffee at a cafe now sitting where the stage used to be.

The San Telmo barrio, or neighborhood, comes alive every Sunday with a market stretching dozens of blocks. It’s a good place for watching people and picking up souvenirs for home. Vendors sell paintings, colorful blankets, ponchos, cowhide rugs, shoes, and handmade leather bags. Some of these many things come from northern Argentina. Keep your eyes open for pickpockets. If you’re not able to get here on a Sunday, it’s still worth a weekday visit. This neighborhood once was home to the rich, but a 19th century epidemic of yellow fever forced them out. Mansions that first only held a single family got subdivided into housing that holds dozens of poorer families all squeezed together. Among the old homes here are stores selling vintage clothing and unique antiques.

Buenos Aries has many green spaces, and they’re filled up with friends and families enjoying the company of one another on evenings and weekends. These parks can be great escapes from the city’s constant bustle. Sundays mean areas around Parque 3 de Febrero of the Palermo community get closed to traffic to make room for families out walking, rollerbladers, and food trucks and trailers.

As you go through most marketing materials for Argentina or Buenos Aires, you’ve likely seen the colorful buildings of La Boca. This was once a poor and working-class community, and it’s still that to this day in some parts. Visitors are typically drawn to the main street of the area, which is El Caminito, so they can see tango dancers right in the street, as well as to buy some arts and crafts. It’s definitely worth visiting, but try to remember that it’s also quite touristy.

Cheer For A Football Team

Some will tell you that the main religion of Argentina is Catholicism, but an argument can also be made for how much love the country has for futbol, also known as football or soccer. There’s no experience like joining the exuberant crowds at nearly any game. Every team has dedicated fanatics with dances and songs the crowds do whole the game long. Games are known to sometimes erupt into violence and chaos. That’s why it’s good to use an organized tour that can guide you through the sometimes tricky process of buying tickets, as well as staying safe.

The very best way you can get to know any city happens to be through your stomach, and there are a pair of food tours any visitor should look at. The Argentine Experience isn’t actually a cooking class, although you’ll learn a lot about the food culture of the country, and you’ll also be involved in making at least some of your own meal. Steaks by Luis is a good place to learn more about traditional Argentine asado, or barbecue. Trying either one of these experiences near the start of a trip will mean you’ll get to order food like a local the rest of your time here. It’s also just a great way of meeting other people. Be forewarned though, that both offer generous wine servings, so don’t plan much early the next morning.