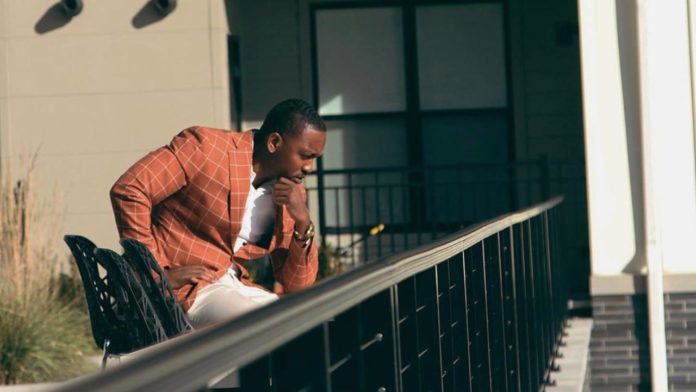 Mr. Leonard Person JR journey began from meeting an ambitious Friend Ravin and one of his best friend named Twin.  He was doing Real Estate investments in 2003 and Mr.Person saw him collecting checks off $20,000 a deal he closed. This became an influence and so the time arranging the funds in order to invest and turn profits from opportunities began.

Mr. Person was able to serve some amount and on a friend’s suggestion, he invested that money into property. He found a property worth 306K in Brooklyn, New York where he was born. He invested 10K in the property.

Flipping the property for $550k the very next year, he was able to purchase and trade quite a few properties making $1.2Million in his first year of real estate. He then registered a firm and published a book, “Hood Estate The Manual” which covered the idea of flipping properties with an Urban Community readers’ base. The most interesting story, however, was not making $1.2Millions in the first couple of years.

It was a very interesting story whilst buying property worthy 6K in Long Island, New York and selling the same for unbelievable $270k the very next year without any renovation what’s so ever. It happened through a Quiet Title Litigation, a rare kind, but if the bank promissory note ownership is disrupted, the court decides the output. This is a very effective step, and Mr. Person teaches the same in his mentorship program. The mentorship program costs $10k per member.

CEO of Myhousegram.com and a real estate expert, Mr. Leonard Person JR has been an ace investor for over 15 years. He specializes in strategic and creative real Estate Investing with the prime example includes Quiet title litigation, wholesale Acquisition deals, buying and selling non performing notes, including the Basics of doing Fixes and Flips Etc.

Leonard Person Jr. graduated from William H. Maxwell Vocational High school in Brooklyn, New York. He majored in business marketing and economics. Growing up in hard knock areas of Brooklyn he had to become a man before time. Soon as he left the school he got a job working for the Marriott Marquis in Manhattan as a Stewart. After working there for 4 years he was fired for being late too many times and was back at the drawing board. The reason why he was late to work was that he had to look after his little brother and sister sometimes because his parents was going through a divorce.

Shortly after that Leonard and his Mom started working for two Jewish brothers that owned a real estate investment company called Capital Homes. Leonard works as a sales agent for 3 months there and made himself over 60k and generating the company 400k in sales. He was the top selling agent of the month and the most successful because he never wore a suit just sweaters, jeans, and Timberland boots. Leonard took the money and bought his first property in Bushwick and started a Limited Liability Company Called Heaven Homes Named after his daughter. He then bought two more properties and Brooklyn net profit.

He was only 24 years old then. The firm Capital Homes urged Leonard to come back to work for them, but Leonard declined they offer. He made joint ventures with them from time to time. Leonard profoundly appreciated them as they gave him his start in success. and sold all 3 the next year generating $350k From there Leonard hired a lot of young minorities and trained them to work for his company. Leonard now owns several businesses including Myhousegram.com

He also authored a book that covers the art of credit building exclusively for Urban readers. His firm also specializes in credit repair within three months and business line of credits for new and established startup companies without proof of income.

Mr. Person believes that the will to invest in yourself and building your personal credit must be the primary focus. Mr. Person believes people don’t know that money is a responsibility. Not just something you collect and that the IRS will tax. He maintains a person should be responsible and give the government their cut. Just try to Write-Off what you can but make sure you have a good surplus to borrow money.

He concludes, the craze for investing and establishing a business also builds up business credits in order to leverage the purchasing profit and build a real estate portfolio. Mr. Person has also helped numerous citizens free of cost. He has guided people but on personal and professional fronts. His donations have been remarkable and have also loaned money to the family. He also raised two daughters and is willing to help and support everyone in need. He is forever grateful for his parents.