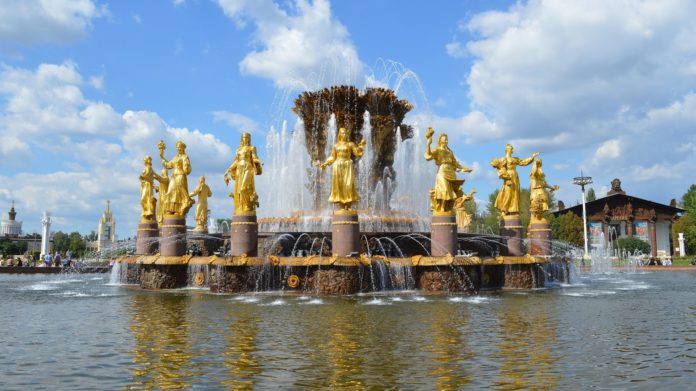 Which country became the world’s first constitutionally socialist state? If you have guessed it right, it will be enlightening you with the history of this country. Right, it is Russia.

Russia opened the 20th century ruled by Nicholas II. This violent time was marked by the Bloody Sunday massacre of January 22nd, 1905 that left hundreds killed or injured by gunfire and the country’s eventual loss in the Russo-Japanese war. These incidents along with growing public unrest led to 1905 Russian Revolution.

In response Nicholas II immediately created a national legislature. Russia then joined World War 1 after Austria declared war on its allies Serbia. Food and fuel shortages followed while inflation and casualties rose. The first strikes on St. Petersburg hit in 1917 and eventually prompted the February revolution. The long-standing Romanov dynasty ended when Nicholas II was forced to resign. The Russians only ended their involvement in the war when they signed the peace treaty of Brest-litovsk in 1918 with Germany.

Marxist revolutionary Vladimir Lenin seized the opportunity and led a group of working-class Russians known as the Bolsheviks in the October Revolution in 1917. They took control of the government and formed the first socialist state.

Establishment of federal system of Government

Meanwhile, the Russian civil war broke out that year between the anti-communist White Army and the Bolshevik Red Army. In the midst of this, the Treaty that created the Soviet Union was signed on December 30th, 1922. This brought several Soviet republics under the power of the Communist Bolsheviks led by Lenin. The Soviet Union adopted its constitution in 1924. This established a federal system of Government controlled by the Communist Party.

The birth of the USSR or the Union of Soviet Socialist Republics prompted political economic and social changes including free health services and the discouragement of organized. The workforce grew as women were given the right to vote and abortion was legalized.  Land business and industry were also nationalized.

As Hitler’s power increased Stalin signed a non-aggression pact with the Third Reich in 1939. The tense peace between these powers unraveled two years into World War two when the German-led Axis forces invaded the USSR. However, the 1942 Battle of Stalingrad was a turning point. The Germans were soon Elstad from Leningrad and Berlin was captured in 1945. Despite these victories the war left 30 million Russians dead and a devastated economy.

During that period the world’s first nuclear power plant was constructed Sputnik the first space satellite was launched and Yuri Gagarin became the first human in space.

Relations between the USSR and the United States deteriorated further in the 1970s and 80s with the Soviet invasion of Afghanistan. Russian openness and modernity were increased in the mid-1980s by prominent communist party member Mikhail Gorbachev and in 1988 he became president of the USSR.

On December 25th, 1991 the Soviet Union officially ended and the Russian Federation was born. Yeltsin stayed on as president. After years of extreme instability, Yeltsin handed power to former KGB official and Prime Minister Vladimir Putin on December 31st, 1999. Despite uncertainty at the end of the 20th century Russia can only grow stronger due to its vast resources ingenious population and rich history.