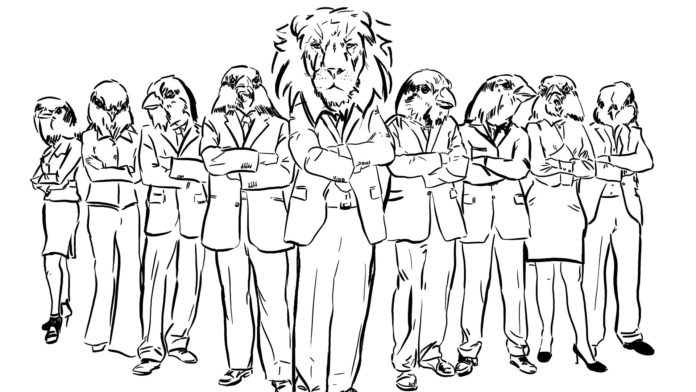 How not to lead?

Leadership is a much-underrated skill that has many facets to it. It takes a lot to be the captain of the ship. Being a leader is often considered as being on a pedestal. Not everyone can be a leader. It takes some skills to be able to undertake the daunting task of carrying forward a team through all the ups and downs. It takes some patience and calm to be able to deal with inconsistencies and chaos all day long. After all the façade of being an invincible leader there are several burdens that they are put through and need to face in their task to be able to make the team stand strong. Despite all this, people look at them as someone who orders other people around without having to do anything themselves. They seem to be the representative of their team rather than a person who does some actual work. To bust this myth and to bring to light the dozen of hidden pressures leaders have read along to get a new perspective.

A leader has to not only have a positive mindset but also make sure that the team is motivated enough to be able to do their job right. The different members of the team are like different units of a system. Even though to the rest of the world, it might appear like the boss is just throwing around his weight, in reality, the leader is the engine that keeps all these units working together. If any department falters, the entire system falls apart. The massive task of keeping the team together and taking them forward is on the shoulders of a leader.

As professionals in different fields, we all can think of times when we are not able to perform. We either need a break or need to lower our tasks to readjust. We come up with our reasons to justify this absence. Amidst all this chaos, the leader is the one who has to keep the show going. To make sure that all shortcomings are covered up and anyone unit’s absence is made up by an equally competent force. This huge burden of making up for the faults of the team members lies with the leader. While to the outside world, it seems like the captain sits on the cozy chair, they are busy cementing the gaps in the wall, which eventually makes it stand. A leader keeps the show running no matter what.

Face the music to lead from the front

Everyone else can hide behind the fact of having finished their task or work for a particular number of hours but not the leader. If anything goes wrong or any loss is encountered, the leader is the one to face the music. Being a leader comes with the pressure of listening to the complaints and mistakes of the entire team. In the case of a crisis, the entire burden of not being able to deliver is on the team leader. This is a lot of pressure that only someone with a cool composure can deal with. Despite that, a tremendous amount of pressure might cause them to snap sometimes or appear to be arrogant.

However, the role that they play for the entire team to function as a whole is irreplaceable. In reality, great feats cannot be achieved without the guidance of an able leader who is not only ready to take the first blow but also stands behind you like a backbone. All these pressures are borne by the leaders which are hidden from plain sight. It is commendable to be able to handle everything as a single person to lead your folks to glory.

With all these pressures that a leader has to face on a daily basis, the least we can do is try to understand their plight. Under the burden of having to deliver, leaders can be harsh and rude sometimes. A true team member is one who understands their captain and has their back in all situations. The team makes the captain. Stick together so they can lead you to great heights!