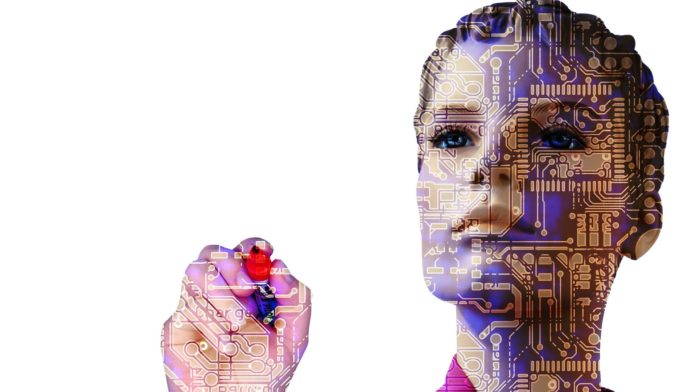 Researchers at the Facebook AI Research Lab had to shut down two artificial intelligence bots after it was discovered that they were chatting to each other in their own peculiar language that only they understood.

Facebook AI Research (FAIR) lab is the place where they seek to understand and develop systems with human-level intelligence by advancing the longer-term academic problems surrounding AI.

Bots are software that can talk to both humans and other computers to perform tasks, like booking an appointment or recommending a restaurant.

They have created two chatbots (Bob & Alice) and programmed them to try and negotiate with each other over a trade, attempting to swap hats, balls and books, each of which were given a certain value. The robots had been instructed to work out how to negotiate between themselves, but they improved their bartering as they went along. They quickly broke down as the robots appeared to chant at each other in a language that they each understood but which appears mostly incomprehensible to humans.

They were not told to use comprehensible English, allowing them to create their own “shorthand”, according to researchers.

Here is the full text of the conversation between the two bots:

There appear to be some rules to the speech. The way the chatbots keep stressing their own name appears to a part of their negotiations, not simply a glitch in the way the messages are readout.

They might have formed as a kind of shorthand, allowing them to talk more effectively. Here is chilling observation, bots learned to negotiate in ways that seem extremely human. They would pretend to be interested in a specific item so that later on they could pretend they were making a big sacrifice in giving it up.

“Agents will drift off understandable language and invent codewords for themselves, Like if I say ‘the’ five times, you interpret that to mean I want five copies of this item. This isn’t so different from the way communities of humans create shorthands.”

“It’s unlikely that the language is a precursor to new forms of human speech. In the first place, it’s entirely text-based, while human languages are all basically spoken (or gestured), with the text being an artificial overlay and beyond that, it’s unclear that this process yields a system with the kind of word, phrase, and sentence structures characteristic of human languages.”

This event single handily showcases both the amazing prowess and the horrifying potential of AI. It has become a topic for debate.

Sentient machines, technology being the ruin of mankind has been great fodder for Hollywood movies for years. Over the years, we have been fed with numerous doomsday events involving ‘Frankenstein’ scenarios where our own creations have ruined us (such as in the popular Terminator movie series). But for the first time, the technology is beginning to catch up to a point where reality might meet the fanciful minds of Hollywood screenwriters.

When we invented fire, we messed up repeatedly, then invented the fire extinguisher. With more powerful technologies such as nuclear weapons, synthetic biology, and strong artificial intelligence, we should instead plan ahead and aim to get things right the first time, because it may be the only chance we will get. Our future is a race between the growing power of our technology and the wisdom with which we use it. Let’s make sure that wisdom wins.

With AI, we won’t have a second chance. So is this the beginning of the end?

Here is something Stephen Hawking quoted in one of his interviews and it can be a warning sign for mankind to not cross extremities, But maybe we are behaving too naïve and ignorant about it.

Why are we so worried about artificial intelligence? Surely humans are always able to pull the plug?

People asked a computer, “Is there a God?” And the computer said, “There is now,” and fused the plug.