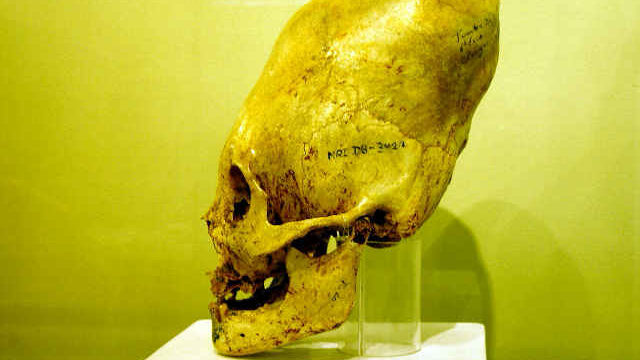 An exodus from Egypt to Mount Sinai (kohetoor).

Mose took Israelite to Mount Sinia (Kohetoor). There was happen some strange thing When Israelites leaves the Misr (Egypt) at that time Akhenaten people force by someone for leaving Misr.

There was a King Tutankhamun mosque with Wooden locker with painted with a golden layer of gold and on the wooden box they put an Anubis (​the protector of the gates to the Underworld, Osiris replaced him as the god of the dead).
In 1926, When Howard Carter and his team excavated 5th time of King Tutankhamun kabar, In Kabar found in treasury room with main door gatekeeper and the unique wooden locker (Anokha Sandukh). And this is very similar close look like Judah religion most precious things called them “The Ark of Covenant”.

Description of The Ark of Covenant.
The ark of the covenant was made by babul wood and covered on all sides with gold, in which was a golden jar holding the manna, and Aaron’s rod which budded, and the tablets of the covenant. At the top of the box, they made two ancient animals they called them as Angels.

They found the box from the kabar of King Tutankhamun that looked like covenant of ark, Egypt model. If we believed that prince Thutmose was a Hazrat Moses, then when Hazrat Moses go with Israelite towards Mount Sinai at that time they made that covenant with the help of Israelite and that exactly looked like that founded box from Tutankhamun kabar.

When Hazrat Moses talk with someone(god) on Mount Sinai, they got an order from someone for the built covenant on Sinai.

In so many temples wall there was always one picture that absolutely looked likes covenant of ark. For example, at Abydos seti temple, there is Osiris chapel. There is a wall where there is a painting of the most powerful machine of human age named Osiris Machine. Which is looking like covenant of ark.

In the 23rd century B.C. the Sumerian king Nimrod built a ladder (symbolized by an H) or Tower (actually a gate) that reached from Babylon into the stars. The jealous Israelite god Yahweh got nervous about humankind ‘making a Name or Renown’ for itself by building this Gate. If successful, says the Book of Genesis, “​nothing we can imagine would be impossible for us​.”

Biblical scholars say Nimrod was known as Osiris, the Egyptian god of resurrection, in Egypt. Both are associated with ladders or stairways to heaven. This is key. Inside Seti’s 14th century B.C. temple at Abydos, in the Osiris Chapel, is the magnificent depiction of Osiris as a pillar or tower. In fact, the Egyptians called this Osiris pillar the ​Ta-Wer​ or ‘bond between heaven and earth’. Sounds like Babel to me.