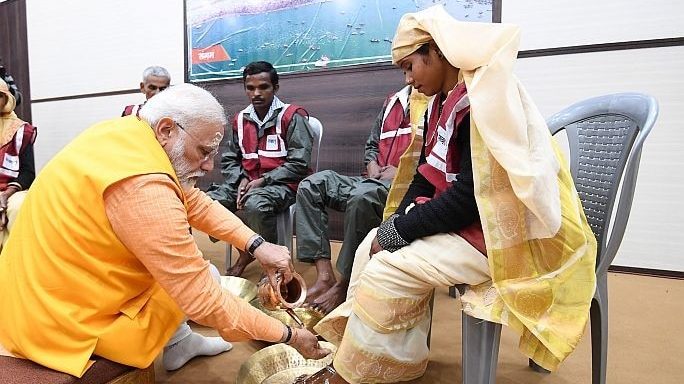 Prime Minister Shri Narendra Modi had a telephone conversation today with the Prime Minister of the United Kingdom His Excellency Mr Boris Johnson.

The Prime Minister congratulated Mr Johnson on his election to the high office and expressed his readiness to work with him for strengthening the strategic partnership between India and the United Kingdom.

Both leaders agreed that as the world’s pre-eminent democracies, the two countries have much to contribute together to effectively addressing the many challenges faced by the world today.

Prime Minister Modi pointed out that terrorism had plagued all parts of the world, including India and Europe. He stressed the importance of effective steps to ward off the threats posed by radicalisation, violence and intolerance, particularly in the context of the expanding footprint of terrorist organisations such as ISIS.

Prime Minister Modi also drew attention to the challenges posed by vested interests pursuing their motivated agenda, including by violent means. In this context he referred to the violence and vandalism perpetrated by a large mob against the High Commission of India in London on the last Independence Day of India. Prime Minister Johnson regretted the incident and assured that all necessary steps would be taken to ensure safety and security of the High Commission, its personnel and visitors.

The two leaders looked forward to interacting during the G-7 Summit in Biarritz, France.