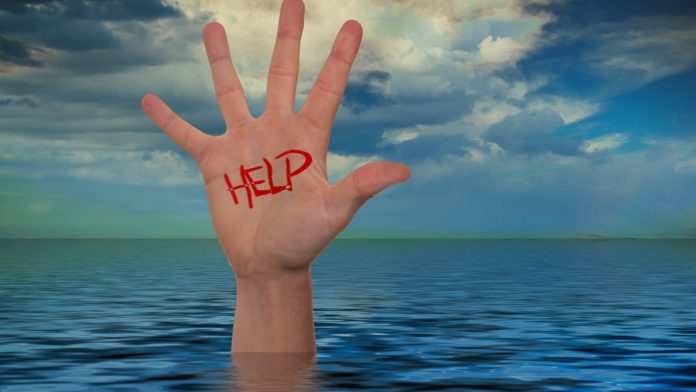 Even as a former lifeguard, I nearly missed it. With my toddler’s hand in mine, I watched my friend’s child as he bobbed up and down in the hot tub. At 3 years old, my friend’s son had already taken swimming lessons and was comfortable in the water. But something seemed off.

The boy didn’t answer. Heart racing, I hoisted my toddler in one arm and ran toward the water. I crouched down and used my free arm to scoop him onto the pool deck. Wide-eyed, he took a deep breath. I did, too. I looked around for his dad, who had been nearby moments earlier. What went wrong here?

Though drowning is the leading cause of unintentional injury-related death among children ages 1-4, many parents inadvertently put young children at risk around water. Nearly every child rescue I made during six summers as a lifeguard startled a bewildered caretaker. With summer in full swing, families are congregating at their pools, the beach and more. How do parents prevent the unthinkable from occurring?

Sarah Denny believes parents need to start by honestly acknowledging that drowning is a threat to their children. Denny is lead author of the American Academy of Pediatrics’ Prevention of Drowning policy statement. “If your child has swimming lessons, don’t assume that they’re drown-proof; assume they need supervision,” she said. “Parents must be aware of the risks and take proper precautions.”

In 2017, nearly 1,000 children died of drowning. Children ages 1-4 have the greatest risk of drowning, followed by teens age 10-19. And the risk is higher for boys, children of color and those with special medical conditions, the AAP statement noted.

When I unpack what happened with my friend’s son, my friend and I both made assumptions about the boy’s swimming ability that blurred our judgment. At the time, we weren’t aware his age and sex put him at greater risk. Although AAP Bright Futures encourages pediatricians to discuss water safety during well visits, neither of us heard that from our children’s doctors.

Another misconception about drowning is that it’s loud and active, said William Ramos, a member of the American Red Cross Scientific Advisory Council. In reality, it’s quick and quiet. “About 30 to 60 seconds is about all it takes,” Ramos said. “The body goes into shock and all actions are made to attempt to keep the head above water. . . . We do not see a lot of waving and calling for help.” A drowning person will bob in the water, but make no forward progress, he added.

(Recently, country star Granger Smith and his wife announced that their son, River, age 3, drowned in moments at their home.)

Levi’s mother, Nicole Hughes, said she’d just split a brownie with him and was cleaning up after dinner when Levi slipped out of a room with 12 adults, down a flight of stairs and into the pool, which was not gated. The family was staying at a vacation home and had planned to crab hunt that evening.

“I put the brownie in my mouth, turned around and didn’t even sit down,” Hughes recalled. “I went outside to check and see if it was dark enough. I happened to glance over the balcony and saw the crab hunting shirt at the bottom.”

Hughes rushed downstairs and jumped in the pool to rescue Levi. Her husband performed CPR on him, but Levi did not survive.

“The biggest misconception and the greatest threat to drowning prevention is that it’s not going to happen to” you, she said. “When we hear about a drowning and look for the loophole, all we’re doing is failing our kids. Drowning didn’t happen to us – it happened to Levi.”

In the weeks following her son’s death, Hughes’s grief drove her to research drowning deaths and water safety. The statistics she found left her shocked and angered; she hadn’t heard them from her pediatrician either. That month, Hughes founded Levi’s Legacy, a nonprofit organization dedicated to eradicating drowning through education and the use of “Water Guardian” tags.

“A Water Guardian is someone who could continue the supervision any time there was access to water until the kids were out of bed and the doors were dead bolted,” Hughes said. The tag “provides accountability you can’t sit there on your phone because you’re wearing it.”

Designated supervisors should avoid being distracted by cellphones, conversation, reading or preparing dinner, Ramos said. The Red Cross recommends parents be within touch distance of non-swimmers and within arms’ reach for children younger than 4 around water.

To prevent drowning, Ramos points to the organization’s “Circle of Drowning Prevention”:

– Fence pools and spas with barriers, including four-sided fencing.

– Provide close and constant attention to children you are supervising in or near water.

– Always swim in a guarded area.

Denny adds that parents should never leave their child alone near standing water in the home (e.g., bathtubs, toilets, buckets of water) and outside of it (e.g., wading pools or puddles), which pose the greatest drowning threat to children younger than 1.

Furthermore, if you own a pool or vacation someplace with a pool, barriers are paramount, Denny said. The AAP recommends four-sided fencing with a minimum height of four feet and self-closing, self-latching gates. At non-swim times, doors facing water should be shut and locked. Ramos also suggests checking the pool’s water clarity and ensuring its drain is visible.

Swimming in guarded areas adds another layer of protection. However, “the supervising rules still apply when you’re in a guarded area,” Ramos noted. “Parents should see themselves as part of a safety team keeping their children safe.” Even in shallow water, close supervision is required. Jeff Ellis & Associates, a water safety consulting firm that, among other things, trains lifeguards, found that 75 percent of its lifeguards’ saves took place in shallow water (5 feet or less) for the past eight years.

When visiting open water like the beach, Ramos advises parents to be proactive and research challenges unique to that environment (e.g., riptides), and know what to do in the event of a drowning emergency.

Evidence shows kids between 1 and 4 can benefit from swim lessons, according to Denny. Conversely, “there’s some data that parents have a false sense of security,” she said. Be sure “in swimming lessons you’re getting feedback on what your child realistically is capable of.”

When preparing for a play date, Hughes suggests that in the same way parents ask other parents if kids are going to be around guns, they should also ask about water. “Water is a threat. . . . We don’t treat it with respect,” Hughes said. “We have to change how we approach it.”