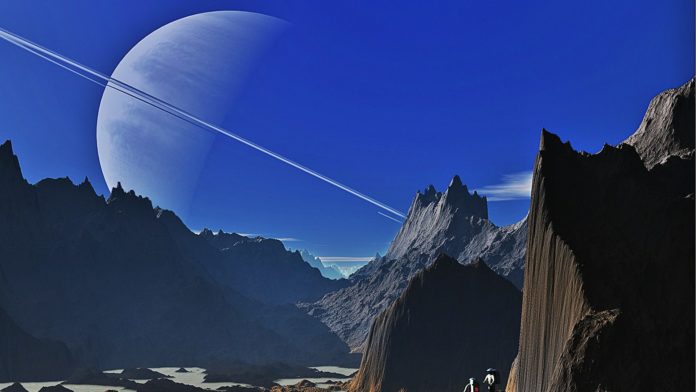 In the Hindu religion and in the sacred Vaidic texts, Shani or Saturn is held as an important planet. It is held as the most impactful among the nine planets that revolve around the sun. Saturn is considered to be the planet that bears fruit for labour. It is one of the only planets that people pray to not due to devotion, but rather out of fear. That being said, Saturn is considered to be a just planet. It grants people the rewards based on solely their efforts. Sometimes people have misconceptions about Saturn and misjudge it as the source of blasphemy and sadness. While it is true that this graha as it is called can be the source of pain, this only happens to people who have done something wrong.

Shani ka prabhav, or the force of Saturn, is considered to be sacred in the Vaidic texts. Its three subdivisions, shanigochar, shanikimahadsha and sadhesatihave the capacity to completelytransform an individual’s life. These transformations can be both good and bad. In order to pray to this dev or God, people often offer oil, or use sesame seed oil to burn diyas. The reason for this can be traced back to an old tale. It is believed that Ravanhad forced all planetary bodies into his submission. Even shani dev, or Saturn had been held captive by him, and hung upside down. This is when Hanuman came to Lanka as Ram’s ambassador to save Sita. We all know how the story goes from here.

Ravanwas furious and issued the order to light Hanuman’s tail on fire. Hanuman, in retaliation, burnt all of Lanka to the ground. This also freed all the planets. However, due to being hung upside down, Shani still experienced a lot of pain and suffering. To relieve Saturn of his pain, Hanuman massaged him with oil. This is when Shani declared that henceforth, anyone that wanted to gain favour with him should make him an offering of oil. While this may be thought of as a mythological tale, the impact of Saturn and its movements itself cannot be questioned.

Shani ka prabhav is determined by the planetary movements. The science behind this powerful planetary impact is quite simple. Astrology decides the impact of various planetary bodies on your life based on your date and time of birth. Of course, there are several other factors that determine your life’s astrological mapping. The positionality of planetary bodies and their significance on your sun signs is what determines this impact. Depending on your sun sign, you can know whether you are experiencing gochar, mahadsha or sadhesati. The revolution of the planets around the sun is a significant part of the impact of celestial bodies.

When Saturn, or shani, moves into a particular sun sign, that is when that sun sign begins experiencing shanikisadhe sati. People also believe that Saturn’s movement to the sun sign after the sun sign in which you were born, also determines the beginning of sadhe sati. The movement of the moon around the Earth is another factor in this. Similar factors affect the other two subsets of shani ka prabhav.

People often don’t understand how the planetary bodies have an impact on our lives. However, in reality, it is naïve to assume that despite being a tiny part of such a large cosmos, that we are independent of the uncountable planetary bodies. Astrology is a relatively unvalidated science in conventional literature. That being said, even Galileo did not receive recognition in his time. The Hindu religion is a religion before time itself. It takes recourse to nature and the world that we live in, in order to understand individual lives.

Everything can be explained by simple science and anyone who understands astrological movements can understand how all this works. One can argue whether or not they believe in the impact that the strength of the shani can have. However, there is a logical explanation to how the movement of various planets around the sun and their coinciding with various astrological parameters have a number of impacts. Thus, it may be understood that the reason behind Saturn’s influence is its movement in and out of various sun signs. One can choose to acknowledge this or be in disbelief. In either case, whether to heed or not to heed, the shani won’t unleash on you if you take care of your deeds!