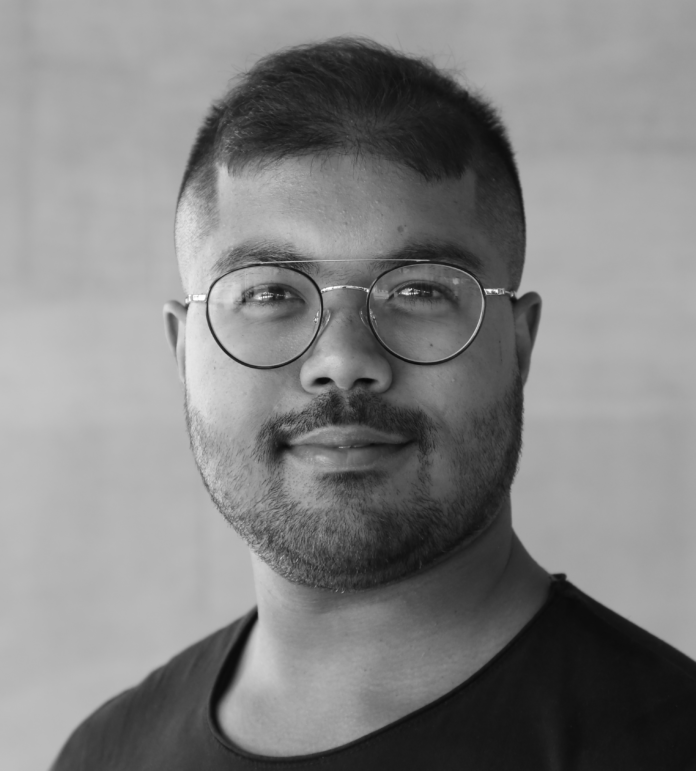 As part of researching state-of-the-art AI development I had the pleasure of interviewing Somdip Dey. Somdip is an Embedded AI scientist at the University of Essex, UK and the Samsung R&D Institute, UK with more than 40 published peer-reviewed research papers in computer science. Somdip is a serial entrepreneur, and prior to pursuing research as an Embedded AI scientist, Somdip co-founded Codeepy Pvt. Ltd. and ReMe Basket Ltd. Somdip has also been a technical program committee member of several top conferences including IEEE EUC, IEEE CSE, IEEE CSCloud, IEEE EdgeCom, CVPR, ICCV.

Thank you so much for joining us! Can you tell us about the state-of-the-art Artificial Intelligence being used at the moment? And what are you working on the topic at the
moment?

Artificial intelligence a.k.a. AI is an umbrella term to describe the study of how to train the
computers to be intelligent enough and to be capable like their human counterpart. Although at the moment we still haven’t been able to develop machines using concepts of AI that are equally capable of doing multiple jobs well enough like a human would do, however, some of the state-of-the-art AI approaches are able to even outperform their human counterparts in some particular targeted applications. For example, the cutting-edge low light object detection methodologies are able to detect more objects with more confidence than a human could do, just because it is sometimes not physically possible for most human beings to have a superb visual ability in really low lighted condition. That being said, I believe that often times many people interrelate machine learning with AI. However, it should be kept in mind that machine learning is an application of AI where the machine is able to learn either through some sort of supervision or in a completely autonomous manner.

It might come as a surprise to some but AI is now being used in every single industry that you could possibly imagine and that includes service industry, industrial automation, robotics, BPO, agriculture, medicine, healthcare, manufacturing, etc. From personal assistants in our computing devices to driverless self-driving cars to machines cleaning the house, we could experience the applications of AI in almost every scenario in some form or the other. Although not all the countries are equally adopting AI at the same rate however, the growth of adopting such technologies is growing.

Personally, my work is focused on three important projects related to applications of AI at the moment:

1) Improve energy-efficiency and performance of embedded devices, 2) Developing affordable traffic solutions, and, 3) Developing solutions to reduce food waste leveraging AI, Blockchain and Edge Computing. Other than these projects in AI, at the University of Essex, UK, our School of Computer Science and Electronics Engineering excels in several other research/application based projects, some of which include developing robots used for nuclear decommissioning led by Professor Klaus McDonald-Maier, resource management for improved performance, energy-efficiency and security in computing devices led by Dr. Amit Kumar Singh, developing robots for agricultural aid led by Dr. Vishwanathan Mohan.

Can you share some details on the projects dealing with traffic and food waste reduction?Can you share the story behind your motivation on these projects?

Before moving to the UK, I was born and brought up in Kolkata, India, which is one of the most populated cities in the world. Growing up in Kolkata we faced a lot of challenges daily. While poverty leading to hunger was one of the issues faced by the habitants of the state, traffic jam and associated ruckus was another issue that we faced daily as citizens. Although there are several other issues that we faced growing up, these ones prominently made a mark in my memory to do something about them. Finally, when I got the opportunity to pursue research projects in AI I realized that more than fifty percent of the population of the Earth resides in developing countries and being a scientist, I have to do something about the issues faced by them. I wanted to make AI more accessible to developing countries and hence I embarked upon that journey.

In our project to develop affordable traffic solutions, we have designed a methodology, which is capable of learning adaptively to categorize traffic at any given scenario and condition. Current state-of-the-art traffic categorization systems consist of several cameras, strategically placed on streets and road junctions. They record videos which are fed back to servers to process and categorize traffic using several computer vision algorithms. However, to be able to effectively process such a huge volume of video feeds from different cameras in parallel, there needs to be a reliable, high-speed network to link them to high-tech servers which could also prove too expensive for developing countries such as India, Bangladesh and Pakistan. In our project, we devised a machine learning methodology where the cameras themselves process the videos and categorize traffic so there is no need for an expensive high-end server. Recently this work was presented at the 2018 NASA/ESA Conference on Adaptive Hardware and Systems (NASA/ESA AHS).

In the other project related to food waste reduction, we are developing solutions to use AI,
Blockchain and Edge Computing approaches to reduce food waste and stabilize world hunger and we call this the “foodonomics” project. In foodonomics we try to achieve our goal in the following manner:

First, by using Blockchain technology, we can track food easier at the production level. For
example, we can trace the source of food at a supermarket, thus making it easier to keep track of food supply and security.

Second, by using AI technology in Edge devices, we can develop smart-carts, fridges and apps to keep track of food items and individual supply. Third, using Edge computing to keep track of an individual’s food consumption and manage their food inventory accordingly.

Whenever there is a food surplus in one region, we then leverage regional policies and laws to distribute the surplus to a region that needs it. So our objective is next time when someone says “eat your food because there are starving children in Asia,” we would make sure that for every leftover you have, the hungry children around the world get a similar amount of food.

Where do you see the future of AI moving towards? How do you think AI will change the world in the coming future?

The adoption rate of AI based projects might differ from country to country. However, it is
evident that we can experience AI based projects in every industry in every country in the
coming few years. This could be exciting but scary at the same time. Since there are several ethical and moral challenges associated with AI projects so we could definitely expect to see more institutions and governmental bodies joining forces to develop solutions, policies and laws to regulate the use of AI for the safety of human beings. In terms of AI as a subject we have barely scratched the surface till date and we have a long way to go in achieving many exciting and brilliant things using the associated technologies.

Keeping the “Black Mirror” and the “Law of Unintended Consequences” in mind, what are
your two most concerns related to AI?

Decades ago, mostly through comic books and Hollywood movies, we got our first glimpse of autonomous cars. Back then, it was science fiction. As technology improves, science fiction became reality, thus, becoming real science and the topic of many research studies.

We were not aware of how autonomous cars could go wrong. But once the science behind the technology is implemented in real life, the issues with it became an engineering problem. Slowly, we learn about all the things that could go wrong.

Similarly, at the moment we just started getting progress in the field of AI and many unintended consequences in the future are inevitable. However, that being said, I am mostly concerned about the following two things:

First, people using AI methodologies for illegitimate and abusive purposes. We have to develop solutions from now on to keep this in check or else AI could be used in a wrong way as well.

Second, depriving some group of people or some countries of using AI based methodologies. Previously, during the cold war period whichever country has the greatest number of nuclear weapons would be defined as a super power. In the modern period of the information age, whichever country has the most capable AI based solutions would certainly be defined as a powerful country. However, we have to keep in mind that creating equal adoption of AI based solutions in every country would help everyone to overcome many challenges that humans have been facing for centuries may that be avoiding natural disaster in advance or reducing food waste, starvation and malnutrition. I just do not want some countries/instituions to deprive other countries/groups of having such amazing technological solutions just for the sake of having power over those countries/groups.

How can our readers reach you if they want to?

You could follow or message me on Twitter @somdipdey and I would love to hear what you
have to say about AI technologies.

Thank you so much for joining us. This was very inspirational and educational.