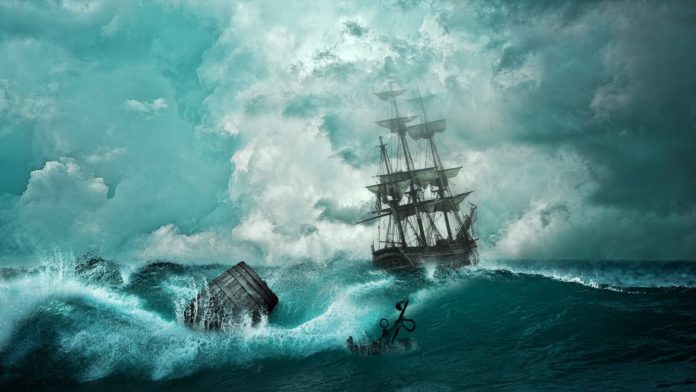 An Iranian oil supertanker released from detention by Gibraltar last week has set sail with its crew, majority of them Indians, on board soon after the local authorities said that they were unable to seek a court order to detain the vessel on a US warrant.

Grace 1, which had been detained in the semi-autonomous British Overseas Territory of Gibraltar on the Spanish coast early last month, was renamed the Adrain Darya based on the Persian word for sea and rebranded under an Iranian flag.

According to the Marine Traffic monitoring website, the supertanker lifted anchor on Sunday evening before 2300 GMT and the vessel was tracked moving east into the Mediterranean and listed Kalamata in Greece as its destination.

The crew on board the vessel includes majority Indians but also Russians, Latvians and Filipinos, who spent over a month in detention on board the ship since it was seized on July 4.

The Indian captain and three other senior officers aboard were arrested before being bailed on suspicion of a breach of the EU sanctions. They were released of all charges last week, with the captain expressing relief and gratitude.

Earlier on August 15, V Muraleedharan, Minister of State for External Affairs & Parliamentary Affairs, tweeted “All 24 Indian crew aboard VLCC Grace 1 have been released by Gibraltar authorities and are free to return to India.”

Iran issued a warning to the U.S. against any attempt to seize its tanker in the open seas after it left Gibraltar at the end of weeks of standoff over its previously intended destination of Syria, which Tehran has denied.

“We have issued a warning through official channels, especially the Swiss embassy,” the Iranian foreign ministry said, in reference to Switzerland playing go-between due to a lack of diplomatic ties between the U.S. and Iran.

The vessel, which had been Panama flagged, was re-flagged under the flag of Iran over the weekend and was free to leave after the Gibraltar government confirmed that it would not be able to seek a court detention order on behalf of the U.S. authorities.

“The Gibraltar Central Authority is unable to seek an Order of the Supreme Court of Gibraltar to provide the restraining assistance required by the United States of America,” a Gibraltar government statement said on Sunday.

It clarified that the inability to seek the orders sought by the U.S. is based on the application of European Union (EU) law and the differences in the sanctions regimes applicable to Iran in the EU and the U.S..

“The EU sanctions regime against Iran — which is applicable in Gibraltar — is much narrower than that applicable in the U.S.,” the statement notes.

The U.S. Department of Justice had requested that a new legal procedure for the detention of the tanker be commenced on the grounds that it has links to Iran’s Islamic Revolutionary Guard Corps (IRGC), which it designates as a terrorist organisation.

However, Gibraltar said that it was unable to provide assistance under the International Mutual Legal Assistance purview because the IRGC is not a designated foreign terrorist organisation in Gibraltar, the U.K. or in the EU generally, unlike in the U.S..

The tanker, with a cargo worth around $130-million of light crude oil, was therefore free to leave the port after meeting all the requirements under its agreement with the Gibraltar authorities.

“At the owner’s request, the Grace 1 will depart for the Mediterranean after being reflagged under the Islamic Republic of Iran’s flag and renamed as Adrian Darya for the voyage,” Jalil Eslami, deputy head of Iran’s Ports and Maritime Organisation, was quoted as saying in the U.K. media.

“The 25-member crew will start their journey after preparations, including refuelling. The ship was of Russian origin and Panama-flagged and is carrying 2 million barrels of Iranian oil,” said Eslami.

“We note the Government of Gibraltar has received assurances from Iran that the Grace 1 will not proceed to Syria. Iran must abide by the assurances they have provided,” a spokesperson for the Foreign and Commonwealth Office (FCO) said.

“We will not stand by and allow Iran — or anyone — to bypass vital EU sanctions on a regime that has deployed chemical weapons against its own people,” the spokesperson said.

The Gibraltar port and law enforcement agencies had detained the supertanker and its cargo during an operation conducted by the Royal Gibraltar Police (RGP), Customs and Port Authority with the support of British Royal Marines. The detention of the vessel related to the suspected destination of the cargo, the Banyas refinery in Syria, which is owned by the Banyas Oil Refinery Company.

However, following the assurances given by Iran and the Indian-origin captain of the ship, the Gibraltar government “revoked the Specification of the Vessel” order.

The U.S. demand for its seizure is part of the U.S. President Donald Trump administration’s efforts to intensify the effect of existing Western economic sanctions on both Iran and Syria.

Iran had blamed the U.S. for arranging to have its ship seized in the wake of sanctions imposed against Iran with the aim of halting all its oil exports.

European countries do not have sanctions against Iran but have had them in place against Iran’s ally Syria since 2011.