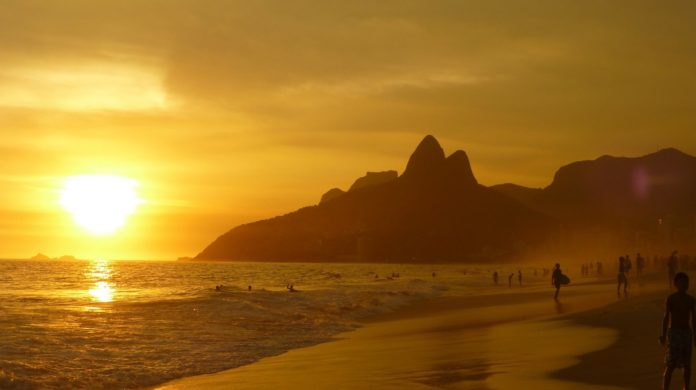 Just like many other South American nations, Brazil history begins from its indigenous people after 10000 BC. The Brazilians were mostly hunter-gatherers, shellfish catchers, and plant collectors. However, very little is known about the Brazilians before 1500 when the Portuguese arrived in the nations. This is as the tribes lived a semi-nomadic life and had a lack of any written records.

The discovery of Brazil by the Portuguese happened by an accident when Pedro Alvares Cabral kept his foot in the nation in 1500. But at that time, the Portuguese showed a very slight interest in the country, but yes the merchants did start exporting Brazilian wood and also set up the coastal trading stations. The trading was also launched by the French, which made the Portuguese form a colony to strengthen their claim in the nation.

Martim Alfonso de Sousa made 1st permanent Portuguese settlement in Brazil in São Vicente during 1530 who then divided the coast into 15 areas. In fact, Salvador was discoveredby Portudues in 1549 that also became the nation’s first capital, an essential port of slaves brought from Africa and sugarcane trading. The boom of the Brazilian sugar industry was so much in the 17th century that Brazil became a leading sugar supplier to Europe. These things may be good economically, but this contact by the indigenous people with the Europeans proved to be disastrous. This is as the Europeans brought a lot of diseases with them, which wiped a vast number of indigenous due to epidemics. In fact, some of the natives were also enslaved by the Portuguese.

There was a decrease in the importance of the sugar industry in the late 17th century when gold was discovered in the early 18th century in Minas Gerais, which became the Brazilian center for gold mining. Diamond deposits followed this in 1729 in Diamantina, which is now a UNESCO listed World Heritage Site. The discovery of gold led to a change in capital to Rio de Janeiro in 1763. But there was a decrease in gold boom after 1760 as new crops such as cacao, rice, cotton, etc. was instructed by The Marquis of Pombal who also governed the nation from 1750 to 1777.

Bu In 1807, when Napoleon invaded Portugal, then its king fled to Brazil and controlled the nation. He built many new public buildings, theaters, and libraries. Not only this, but he also allowed the free trading of Brazilians with other countries, which led to the entry of European artisans and artists. The king then returned to Portugal and left his son Dom Pedro as regent. But when the king tried to return, Pedro rebelled and declared the independence of Brazil from Portugal in 1825.

Pedro then signed a treaty with Britishers in 1826 who in turn demanded the end of slavery in 1831, which went on unofficially until 1888. Pedro abdicated in 1831 and left his 5-year-old son Dom Pedro II. as a legal heir. This led to a situation of instability in Brazil, and rebellion attacks followed. This chaos led to the crowning of Dom Pedro II in 1940 when he was 14 years. But to everyone’s surprise, he restored order and proved to be a capable ruler. Meanwhile, the nation experienced a coffee boom, which also became its main export, which was also followed by the development of rubber and cacao industry in the mid-19th century. Then came the time of 1889 when the army threw away the monarchy and Brazil was declared a republic.

Brazil saw a surge of immigrants from Italy, Germany, Portugal, and even Japan. It had reached a stage of prosperity in the early 20th century, but things changed after the Great depression hit itin 1929, which crippled the coffee industry. For the next half-century, Brazil was grappled with political instability, military attacks, and a fragile economy. But in 1989 it enjoyed its first democratic election. The electing of Fernando Collor de Mello and his corrupt practices affected the economy. But his peaceful removal brought the nation back to stability.

Brazil is now growing rapidly in the 21st century, where car making is a crucial industry followed by iron and chemicals. A rapid surge has also been seen in its population, which is around 207 million. Moreover, it is now a democratic nation and too far from the shackles of the past. And as of now, it is one of the most formidable competitors for similar such lands.