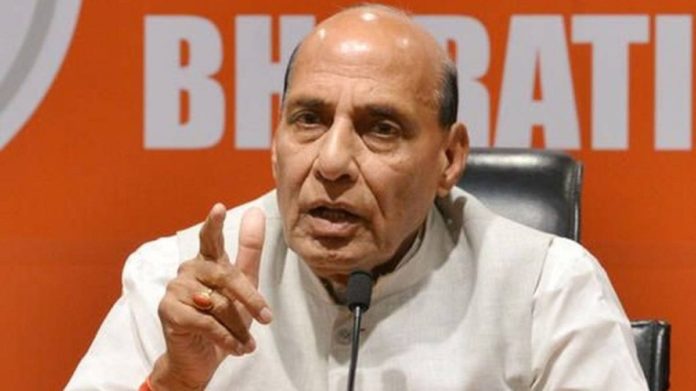 New Delhi: Home Minister Rajnath Singh, on Friday, dropped subtle hints that India could be open to altering its long-stated No First Use policy on nuclear doctrine. “Pokhran is the area which witnessed Atal Ji’s firm resolve to make India a nuclear power and yet remain firmly committed to the doctrine of ‘No First Use’. India has strictly adhered to this doctrine. What happens in future depends on the circumstances,” Singh said in a tweet after visiting Pokhran where he paid homage to former PM Atal Bihari Vajpayee.

“India attaining the status of a responsible nuclear nation became a matter of national pride for every citizen of this country. The nation will remain indebted to the greatness of  Atal Ji,” he added in another tweet.

Rajnath Singh’s statement marks a shift from India’s stated stand in its nuclear doctrine dated 2003. “A posture of “No First Use” nuclear weapons will only be used in retaliation against a nuclear attack on Indian territory or on Indian forces anywhere,” a Cabinet Committee on Security (CCS) briefing dated January 4, 2003, elaborated.

The statement comes on the backdrop of an ongoing war of words between Pakistan and India over the Kashmir issue. Last week, Pakistan downgraded diplomatic ties with India and suspended trade with New Delhi. Pakistan PM Imran Khan, in his latest comments also threatened to fight ’till the end’ and said that “the time has arrived to teach you (India) a lesson”.