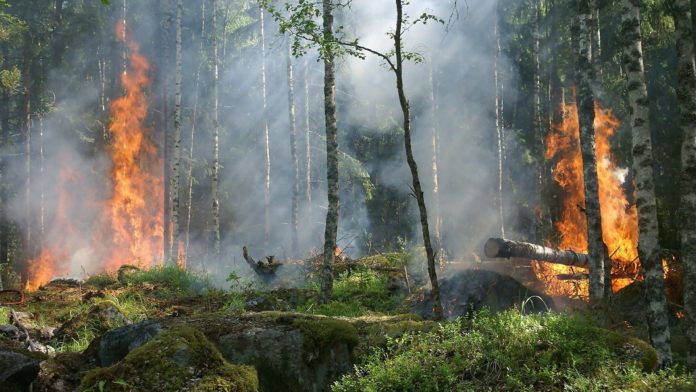 A satellite image from NASA shows the fires raging in the Amazon rainforest in Brazil in August 2019.The country’s space research center (INPE) said this week that the number of fires in Brazil are 80% higher than last year. More than half are in the Amazon region, spelling disaster for the local environment and ecology.And 99% percent of the fires result from human actions “either on purpose or by accident,” Alberto Setzer, a senior scientist at INPE, said. The burning can range from a small-scale agricultural practice, to new deforestation for a mechanized and modern agribusiness project, Setzer told CNN by email.Fires are raging in the Amazon forest. Here’s how you can help slow all rainforest lossThe Amazon forest produces about 20% of the world’s oxygen, and is often called “the planet’s lungs.” According to the World Wildlife Fund, if it is irrevocably damaged, it could start emitting carbon instead — the major driver of climate change.The environmental minister, Ricardo Salles, tweeted on Wednesday that the fires were caused by dry weather, wind, and heat. But CNN meteorologist Haley Brink said the fires are “definitely human-induced,” and can’t be attributed to natural causes like lightning strikes.

2,90210:09 PM – Aug 20, 2019Twitter Ads info and privacy3,691 people are talking about thisThis year’s fires fit into an established seasonal agricultural pattern, Brink said. “It’s the best time to burn because the vegetation is dry. [Farmers] wait for the dry season and they start burning and clearing the areas so that their cattle can graze. And that’s what we’re suspecting is going on down there.”The peak of the dry season is still to come in September, she added.Compared to previous years, the destruction this year is “unprecedented,” Poirier said.

Organizations, activists, and social media users worldwide have reacted to the news with alarm. #PrayForTheAmazon and other variations of the hashtag are trending globally on Twitter, with hundreds of thousands of tweets. As images and news of the fire spread, many are demanding accountability from Brazilian President Jair Bolsonaro.When Bolsonaro was running for president, he made campaign promises to restore the economy by exploring the Amazon’s economic potential. Now, environmental organizations say he has encouraged ranchers, farmers, and loggers to exploit and burn the rainforest like never before with a sense of impunity.