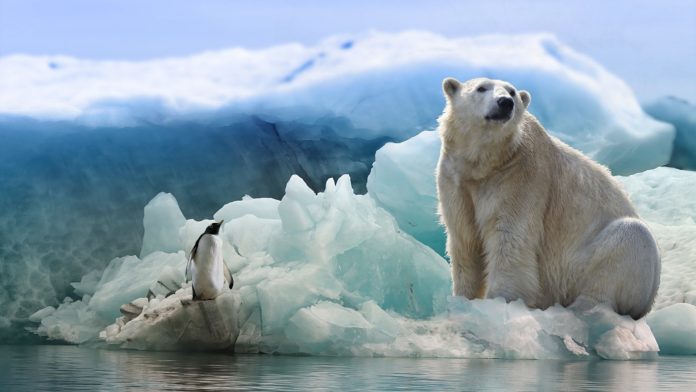 The rising sea levels are a major threat to the climate change concerns that have been very evident within the past decade. This is primarily due to the melting of the glaciers into the ocean waters. It is predicted that the sea level is likely to rise by almost a meter by the end of the century. This is a massive reason for concern as it might cause floods and disturb the cohesiveness maintained between the land and the seas. A plausible solution to this concern can be devising away to preserve the glaciers.

The glaciologists and experts from all over the world have suggested some substantial ways to be able to control the melting of glaciers in Antarctica. A primary reason which was observed for the melting of these glaciers was associated with the warm oceans that were surrounding them. Thus, experts looked into the possibility of limiting the contact with any form of warm water in order to slow down the melting of these ice caps. There could be several solutions that can be employed for this concern. A bunker mechanism could be build underwater in order to keep the warm water away from the base of the glaciers. This could be a sort of an artificial island that could prevent the breaking up or disintegrating of the glacier caps. The idea of being able to engineer such a mechanism is a remote location is a very big challenge which will need to be tackled along the way.

Costs and ideas for effective solutions

Another major factor that is seen is the cost that will be endured in trying to come up with the building of a structure or artificial island. A lot of mechanics as well as geo engineering will need to be combined to come up with an effective solution for the same. Other creative ideas have been suggested for the protection of coasts in the case of heavy flooding or damage from the rising water levels. Ideas for building walls all around the coast and making barricades with an access mechanism have been seen. Any of these, however, again come with the costs that will need to be planned within a stipulated budget.

In any case, there is no doubt that solving the actual concern will do much good rather than creating a protective shield for future hazards. This brings the scientific facts into the picture and thus some logical ideas can be employed to effectively preserve the glaciers. The ice discharge into the oceans is the primary volume that gets added to increase the water levels. Thus, there has been talk about being able to eliminate this discharge into the seas or at least slow it down potentially. The issues concerned with designing any kind of embankment to prevent this are related with the huge amount of pressure that will be experienced. There has to be some sustainable plan for being able to hold this pressure as well as the release of this will becomes a concern due to an obvious limitation of holding capacity. Another plausible solution is seen in placing concrete at the beds to create the separation. This will, however, be a great challenge from a construction point of view. A lot of geo engineering and architectural ideas will need to be amalgamated in order to be able to come up with a sustainable solution.

With an array of logical and mechanical ideas in place to be able to scientifically solve the problem, what we can do at our end is contribute to make the water temperatures less warm in the first place. Even though it might seem like a fractional effort, the impact of millions contributing to save the day can never go ineffective. Our bit to save the glaciers and in turn save the planet is to cut down the pollution rates and reduce global warming. While we do our bit, glaciologists are already doing theirs to preserve the glaciers in Antarctica!