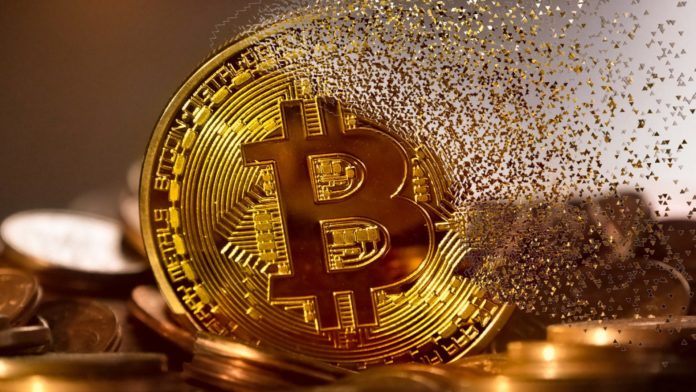 Since its invention in 2008, blockchain has been put to a number of practical uses by both start-ups and long-established businesses. From money and file transfers to data analysis and tracking, new applications for the technology are continually being developed. In recent years, blockchain began to be used as part of an effort to prevent forgeries of branded products, mainly through methods such as on-demand manufacturing – where theft of intellectual property, for example specific product designs, is prevented through the use of manufacturing machines running on a secure blockchain network. Meanwhile, in March this year the prestigious brand LVMH Moët Hennessy – Louis Vuitton SE announced the planned launch of their blockchain-based platform, AURA, the task of which will be to ensure and verify the authenticity of luxury products. Check out blockchain marketing agency.

S4FE, a private company founded in 2018, is also using blockchain to power their innovative system for identifying forgeries – the same platform can also be used to track personal property and identify lost or stolen goods. In an interview with Diego Mourad, CEO of S4FE Foundation, we found out more about the ways this platform can help reduce crime.

1. What inspired the idea for S4FE?

S4FE was inspired by the desire to create a convenient application that would help prevent theft and fencing crime. The general idea was to develop a search engine where users could verify the authenticity of products they wish to purchase – through verification of individual properties such as serial numbers. Additionally, once development started, the idea grew to the vision of a global network, where users could anonymously register their property and report cases of loss or theft, in order to make the ownership status of lost or stolen property identifiable to users all over the world.

The idea behind this strategy was that if the ownership status of property is identifiable, then the incentive for theft and fencing is reduced.

Solving this task in the real world became possible with the tremendous growth of blockchain technology, which allowed the creation of a truly decentralized, global network, in which user identities are protected and information cannot be tampered with.

2. What were some of the difficulties or challenges you have faced when developing S4FE?

Besides the general difficulties that arise when building a company, the main challenges were faced in the domain of cryptography. Keeping user identity anonymous and making it impossible for property registered in the network to be traced back to a user was imperative to making the idea work.

Finding a solution that would guarantee absolute anonymity and be efficient in terms of network transaction volume kept our developers busy for some time. In addition to that, the issue of handling raised a number of questions. For example: how would someone who finds an object that has been reported as stolen facilitate the return of this object to the rightful owner, if the identity is anonymized?

3. What stage of development is S4FE currently at?

S4FE has reached the second phase of development, where the application provides all the basic functions such as registration of property (objects), reporting of loss or theft, object search and verification on the network and reporting of discovered objects.

All the vital backend tasks have been successfully completed and now the focus lies in user experience and product usability. Until now, we took a ‘form follows function’ approach, as the main goal was to reach 100% functionality and security. Now that this has been accomplished, we can move resources to creating an appealing packaging.

The general attitude towards all blockchain and crypto currency-related projects has shifted quite a bit in 2018. After all the scams in the past, people started to take more time in examining projects and now hold back their investments until they feel that an option is relatively safe – in terms of speculative investments. This shift led to two symptoms: on the one side, it became harder to finance any form of blockchain-related venture. On the other side, once a project builds trust by showing results, people will honor the achievement by investing.

This is why we believe the development of the company gained momentum in the past months, as we were able to present a number of products and services that solve an urgent problem in the real world.

5. How exactly does S4FE aim to help luxury brands fight against counterfeit products?

S4FE is primarily a free service to private customers. Nevertheless, we developed a business branch as we discovered a few black spots in the domain of counterfeiting. This is a vast topic and there are many aspects to it, but there are few facts that lead to the development of our corporate solutions.

For one, there is the rise of the 3D Printing technology. It is quite probable that this technology will soon open a vast array of new possibilities to the commitment of forgery that not every manufacturer may be considering at present.

Another problem that not every brand is aware of is the issue of image damages. Brands traditionally representing luxury and prestige, such as Rolex or Louis Vuitton, are increasingly being associated with the term ‘fake’. Therefore, consumers tend to shift to products from other companies, as these high-end brands are losing their authenticity. Besides the damages incurred through counterfeit-related loss in general, damages caused through image loss need to be urgently considered, as the number of customers that reject such brands is substantial.

From our point of view many industries have been addressing the issue of counterfeiting at the wrong end, as we see little use of available technologies integrated into products.

6. Can you tell us more about your NFC chips and how they work?

NFC technology has been around for quite some time and today is a standard in many applications. Our goal was to integrate this technology in a wider range of products, especially those that are subject to forgery. If a product is equipped with a NFC chip, users can easily check its authenticity by scanning the product. If there is no chip, the product is a forgery.

7. Would this also be applied in other areas, not only the luxury goods industry?

S4FE plans to permanently expand its range of tracking solutions and develop products that will be applicable in numerous industries. While there are service providers in the market who offer similar single application limited products, S4FE is a one stop solution, as we offer a wide range of products and tender the services that are needed to make the integration and operation of tracking technologies feasible for manufacturers. Providing reliable and cost-efficient solutions is the key, as manufacturers will always go through the ‘make or buy’ decision process.

S4FE has developed a unique product and service portfolio that will offer manufacturers new strategies in the protection of their products and their brand. In addition, S4FE will make such products and services available to consumers in a customer friendly and easily accessible manner, which as of today is still an uncovered demand.

8. In the long-term, what goals do you plan to accomplish?

S4FE is determined to become the world’s leading entity in the field of property protection. We tend to focus on what we want, but of course we aim in becoming a key player in the field of theft and fencing prevention. The long-term success is based on reaching mid-term goals: therefore, our main task is to reach as many users worldwide as possible, as the efficiency of S4FE increases exponentially with the number of users. In order to accomplish this, we must provide users a trusted solution for a real-world problem that concerns everyone.