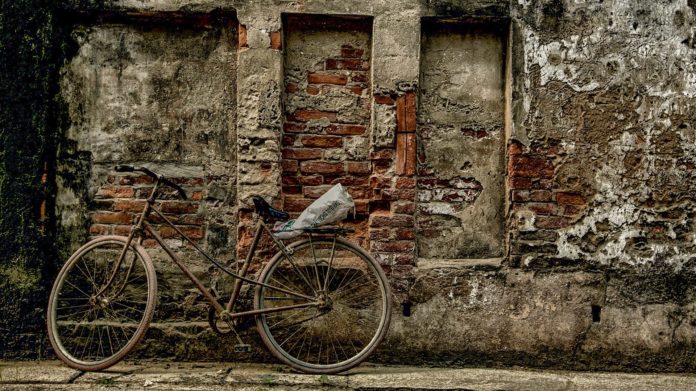 Vietnam is a nation that has the presence of a rich andevocative history. Everyone may be aware of the American War in Vietnam but centuries before it was also invaded by the Mongols, Chinese, the Khmers, and the Chams. Let’s have a detailed look towards the history of this proud nation who was exploited continuously by foreign invaders but it still stood the test of times and emerged as a true warrior.

The first ruler of the Hung dynasty was Hung Vuong in 2879-258 B.C. who was also the founder of the Vietnamese nation. As per legends, this dynasty had approximately 18 kings, and every king ruled for nearly 150 years. At that time the country was known as Van Lang which means land of tattooed men. During this time frame, an important cultural aspect was the irrigation of rice, which was done through the canal systems. In 257 or 258 BCE, the last king of this dynasty was overthrown by Thuc Phan who united it with his kingdom and named the state Au Lac which existed until 207 BCE.

Vietnam’s Chinese domination began from 111 BC who dominated the nation and included Vietnam in the Han Empire. According to facts, Vietnam was under the control of China for almost 1000 years, after which it finally gained independence. During this time, the Chinese had far-reaching influence on the Vietnamese culture in terms of organizational structure and political philosophy. In fact, the dynasty such as Ly, Tran, Le, and Nguyen has provided Vietnam its unique society, culture, and history.

In the mid-1800s, French started to colonize Vietnam, and they finally took over the nation in 1887. After this, they begin to get more integrated with education, religion, culture, and western ideas and for the first time and also introduced Christianity in the nation. At that time, their chief exports were tea, coffee, indigo, and tobacco. In 1882-83 France started to invade and forced the Emperors of northern Vietnamese to accept the establishment and control of France all over Vietnam. The colonial authorities of France conducted ambitious public such as the creation of Saigon–Hanoi railway. This colonization was a successful mission, but the workers were treated very poorly and were paid low wages. During this period, a huge desire for independence was sensed amongst the locals, which gave birth to the communists who raised a voice for the peasant and demanded fairer land distribution. The first Marxist grouping in Vietnam was thus formed by Ho Chi Minh, who officially established the Democratic Republic of Vietnam in 1945. He was the one who understood the need for national unity and conducted extensive political activities during WWII.

Vietnam finally gained independence after WWII, but the French again tried to gain control over which turned into eight years of war which also had the involvement of the US who supported France. Due to the unprovoked attacks on two US ships in 1965 by North Vietnamese the Americans then bombed the north and sent 183,000 to Vietnam whose number reached 0.5 million in two years. In 1975, the Vietnamese soldiers captured the city of Saigon, and Vietnam became the Communist nation and stands so till date. The story of Vietnam soon after the world war holds different perspectives. But one aspect that should be emphasized is about the southerners who felt their lives to be a sin before 1975. Hence the life after 1975 was a boon for them, and most of them adapted to the new system while the others decided to leave the nation for a better life elsewhere. During this time, some attacks were also made by Khmer Rouge on Vietnam, which led the Vietnamese to occupy Cambodia where they stayed until 1989.

Many dramatic changes took place in Vietnam after the economic reforms were introduced in 1986. This led to the rapid growth of the Vietnamese economy. This was in the form of increased foreign investments; establishment of commercial banks; initiation of private businesses as well as overall privatization of industry.

The relation of Vietnam has improved with the help of USA, who was once an old nemesis of the nation. This started in 1994 when the USA lifted its 30 years economic embargo. In fact, the country has restored full diplomatic relations with the USA, and Bill Clinton was the first US president who visited Vietnam in 2000. George Bush followed this in the year 2006 when Vietnam was welcomed into WTO. Not only this, but improvement can also be seen in its relation with China as Vietnam’s economic boom caught the attention of Beijing, and cooperation is now a norm of business. Vietnam is an active member of Association of Southeast Asian Nations (ASEAN) whose economy is growing at more than 8% a year, and tourism is a vital industry of the nation. A survey conducted on 44 developing and developed countries where people were asked if their children were financially better off than themselves? Vietnam has outranked all the nations as 94 percent showcased an optimistic outlook of its citizens towards the future in the country. The same survey also asked the citizens that would you recommend the young generation to stay in Vietnam or move abroad for a better life? Then 88 percent preferred staying, which in I stark contrast from the conditions that were resent in the late 1970s.

One can expect bright future in Vietnam but it will entirely depend on how the nation follows the path of economic liberalization without political liberalization as done by china. As of now, they have just 2 million members in its Communist Party and a population of 80 million. Hence it is a road that must be tread by them carefully.