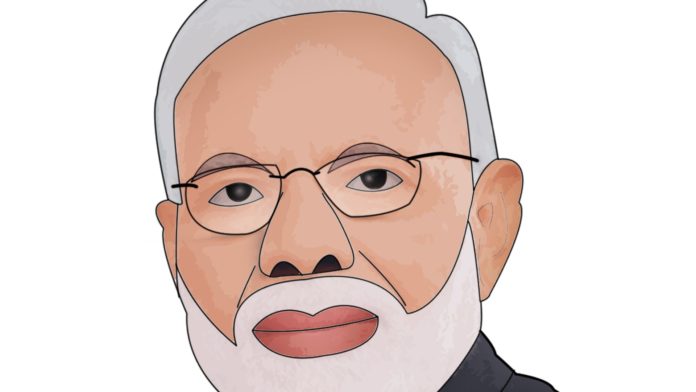 Over 50,000 registered in three weeks; Event sold out; new registrants now on the waitlist for the event

August 20, 2019 – Houston: In an unprecedented gathering of Indian-Americans in the United States, over 50,000 attendees have registered in the past three weeks for a sold-out “Howdy, Modi” community summit featuring India’s Prime Minister Narendra Modi on Sunday, September 22nd at the NRG Stadium. With that milestone, the live audience will be the largest for an Indian Prime Minister in North America and the largest for a foreign leader visiting the United States other than the Pope. The Indian Prime Minister will be visiting the US next month to give an annual speech at the General Assembly prior to which he will travel to Houston to meet the leading business, political and community leaders of Texas and the large Indian-American community based here.

Attendees will celebrate a vibrant India and a strong U.S.-India relationship based on mutual respect and strong commercial and diplomatic ties. The summit, with the theme of “Shared Dreams, Bright Futures” will highlight the contributions of Indian-Americans in enriching the American life for the last seven decades as well as the key role they have played in strengthening relations between the two nations. This contribution spans across diverse fields of technology, education, medicine, energy, oil and gas, chemicals and pipelines and others.

The “Howdy Modi’ summit has been organized with the support of more than 1,000 volunteers and 650 Texas based Welcome Partner organizations, an extraordinary feat by the Indian-American community of coming together to celebrate and strengthen the ties between the two nations.

“On behalf of the hundreds of thousands of Indian-Americans in Texas, and as co-chair of the Senate India Caucus, I welcome Prime Minister Modi to Houston,” said U.S. Senator John Cornyn. “India continues to be key security and economic partner of the United States, and I look forward to seeing that relationship strengthen with his visit to Texas.”

Houston Mayor Sylvester Turner added: “I look forward to welcoming Prime Minister Modi to Houston, home to one of the biggest and most vibrant Indian communities in the U.S. I know how much his visit means to not only the Indian diaspora in our city but throughout the region. This historic visit will strengthen the already robust bonds between Houston and India on trade, culture, and tourism – all of which benefit every Houstonian.”

The event is symbolic of the growing relations between India and Houston as reflected in its trade figures. In 2019 (to date), India is Houston’s fourth-largest trading partner, just behind Brazil, China, and Mexico’. Further, from 2009 to 2018, trade between Houston and India averaged $4.8 billion annually and was valued at $7.2 billion in 2018. There are more than 130,000 individuals of Indian origin in the Houston area, according to the American Community Survey in 2017.

“The Indian-American community has reached a tipping point,” said Durga Agrawal, President and CEO of Piping Technology & Products Inc and the founding President of Indo-American Chamber of Commerce of Greater Houston.

“The Indian-Americans today are not just educated, wealthy, and powerful individuals, but a public service-driven community that is giving back to America, our adopted country, while keeping close ties with our homeland, India; serving both and contributing to both.”

In October 2018, Dr. Agrawal donated money for the naming of a building at the University of Houston which is now called “Durga D. and Sushila Agrawal Engineering and Research building”. The building cost over USD 51 million and helped boost the university’s engineering research, and academic experience. As a result of the grant, the annual engineering research expenses will be increased by USD 36 million and will promote USD 612 million of economic activity in Houston.

“Houston is one of the most diverse cities in America and has many advantages including a central location and access to global trade routes, a trained and talented workforce, and a business-friendly regulatory environment, making this region an ideal partner for business and commerce. I’m personally proud of the vibrant and welcoming Indian community here, and the work they do to strengthen the ties between our two great countries. We are honored to host Prime Minister Narendra Modi for this historic event,” said Bhavesh (Bob) Patel, CEO of LyondellBasell.

Texas India Forum has retained MELA Arts Connect from New York City to curate, produce and directa cultural program for the event. The program will feature a mix of artists from Houston as well as elsewhere in Texas and the U.S. Notably, the program will not feature any performers from India. The organizing committee has insisted on showcasing the wealth of talent in the Indian-American community.

“The cultural program will provide a unique view on the Indian-American experience, and promises to show the diversity of our community while being an engaging and entertaining performance,” said Jugal Malani, chair of the “Howdy, Modi!” organizing committee.

“We want the entire city of Houston to enjoy the festivities and learn about both the growing TexasIndia relations and US-India relations,” he added.

Potential attendees at the event can still register for the free event at www.howdymodi.org. New registrants will be on a waiting list. Registration for university students is open until August 29th as part of a special allotment. The audience will have the chance to hear Modi’s vision for India and the U.S.India partnership.

The address by the Indian Prime Minister will have a simultaneous English translation available via the attendees smartphones. It will also be broadcast live online and on television channels reaching over 1 billion people across the U.S. and India.

Doors for the event will open at 7:30 a.m. and the program will begin at 10:00 a.m. The Texas India Forum will have busing available for certain far-out Houston suburbs and those unable to drive themselves to the event. The website has additional information on its FAQ page for attendees.

ABOUT THE TEXAS INDIA FORUM

The Texas India Forum, Inc. (TIF) is a not-for-profit organization that encourages cooperation between the United States and India, advancing the shared values of democracy, inclusive economic development, and mutual respect. TIF brings together Indian-American organizations and institutions to encourage collaboration within the region and expand opportunities for engagement with India.

Press credentials can be applied for at www.howdymodi.org/press. For press inquiries/requests, please contact media@howdymodi.org.