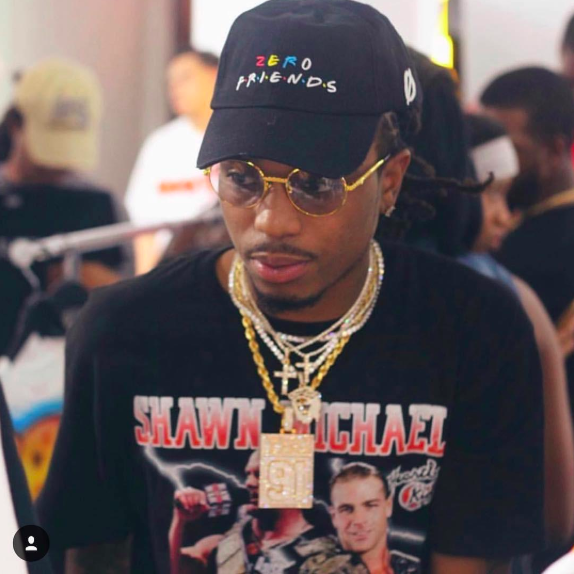 Today, as hip-hop and rap have become major influences in pop culture, it’s obvious how the movement has even impacted fashion. For South Florida’s Rendy Achille, he saw an opportunity to capitalize on the influence of hip-hop culture in fashion when he founded ACHILL3 APPAREL in 2016 with the help of his two business partners, Devon Mason, and Adedji Adeoba.

Three years later, as owner and designer of ACHILL3 APPAREL, Rendy has turned the urban streetwear brand into a household name that celebrities and athletes like NFL star Odell Beckham Jr., NBA champion Kevin Durant and Quavo from Migos have all been seen wearing. Thanks to the support of celebrities and South Florida community’s patronage, Rendy was able to organically grow the brand from a small streetwear brand to an e-commerce business. Additionally, ACHILL3 APPAREL is available in Southern Florida retail boutiques like Simons Sportswear, Survival Clothing & Footwear, Foot Soldiers, and shops in the Wynwood Arts District.

Though, for Rendy, success wasn’t always familiar. In 2016, before he started ACHILL3 APPAREL, he was a college dropout working at a barbershop for many years after, with no plans for his future. But after feeling inspired to design his own clothes when he found himself unsatisfied with retail selections, Rendy’s vision for the hip-hop influenced fashion line was born. Today, the young CEO encourages aspiring entrepreneurs to take risks and pursue their goals.

“A lot of people think it’s too hard to start something,” Rend says. “But I think you should follow your dreams and you can achieve whatever you want.”

Coming up, Rendy looks forward to debuting new ACHILL3 APPAREL designs for women that will include swimwear and athletic wear. Be sure to check out the ACHILL3 APPAREL site every month as they drop two to four new products every month!