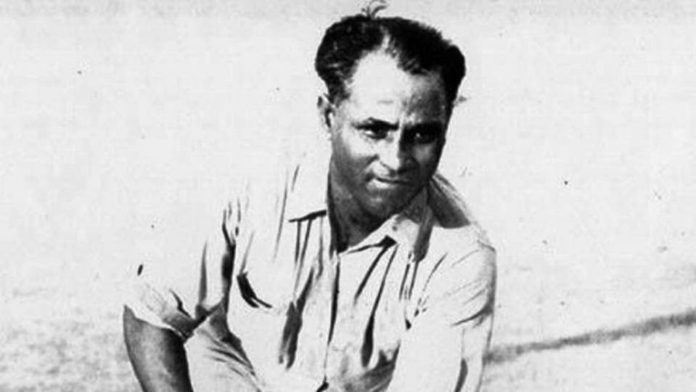 Dhyan Chand is widely considered to be the best hockey player of all time. His goal scoring ability was phenomenal and the opposition defenders were often made to look like sitting ducks in front of this wizard from India.

Chand played a pivotal role in India winning three consecutive Olympic gold medals in 1928, 1932 and 1936. His birthday, 29th August, is celebrated as the National Sports Day in India and the President gives away awards such as Rajiv Gandhi Khel Ratna, Arjuna and Dronacharya awards on this day.

On his 110th birth anniversary, let us look at a few interesting facts about the legend.

1. Chand joined the Indian Army at the age of 16 and took up hockey while he was still enrolled. Since Dhyan Singh used to practice a lot during the night, he was given the nickname “Chand” by his fellow players; his practice sessions at night invariably coincided with the coming out of the moon. ‘Chand’ means moon in Hindi.

2. Dhyan Chand was the leading goal-scorer at the 1928 Amsterdam Olympics with 14 goals. A news report about India’s victory said “This is not a game of hockey, but magic. DhyanChand is, in fact, the magician of hockey.”

3. Even though Dhyan Chand was involved in many memorable matches, he considers a particular hockey match to be his best. “If anybody asked me which was the best match that I played in, I will unhesitatingly say that it was the 1933 Beighton Cup final between Calcutta Customs and Jhansi Heroes.”

5. Once, when DhyanChand was unable to score in a match, he argued with the match referee about the measurement of the goal post. To everybody’s amazement, he was right; the goal post was found to be in contravention of the official minimum width prescribed under international rules.

6. After India’s first match at the 1936 Berlin Olympics, people watching other sporting events thronged to the hockey stadium. A German newspaper carried a banner headline: ‘The Olympic complex now has a magic show too.’ The whole city of Berlin had posters: “Visit the hockey stadium to watch the Indian magician Dhyan Chand in action.”

7. According to widespread reports, German dictator Adolf Hitler offered Dhyan Chand German citizenship and a position in the German Military, after an impressive showing at the Berlin Olympics. The offer was declined by the Indian magician.

8. Australian great Don Bradman met Dhyan Chand at Adelaide in 1935. After watching him play, Bradman remarked, “He scores goals like runs in cricket”.

10. Hockey authorities in the Netherlands once broke his hockey stick to check if there was a magnet inside.