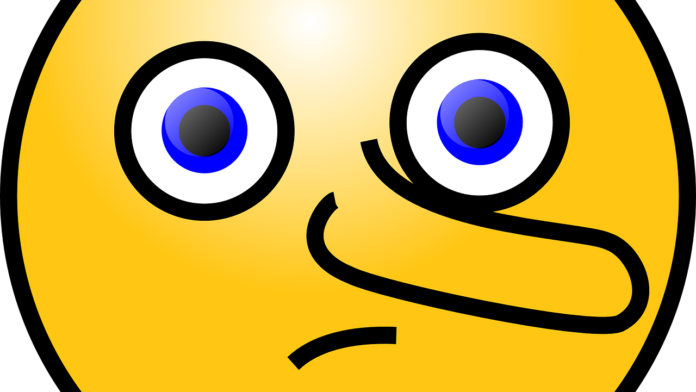 We live in a world full of liar (s) and deception. Most of us (or all of us?) lied or were forced to do so, in a small or larger scale, because of some circumstances. Unfortunately, some individuals use to prevaricate or lie deliberately. They use to do it frequently in every aspect of their life.

So the question is how can you detect people who lie or how can you trace the lies in general? There is not a magic recipe for that but you can use some fundamental rules to do so:

– He is reluctant to face his accuser and may turn his head or shift his body away.

– He tries to move away from the accuser, possibly in the direction of the exit. There will be little or no physical contact during his attempt to convince you.

– He places physical objects (drinking glass, e.t.c.) between himself and his accuser to form a barrier, as if he tells that “I don’t want to talk about it,” indicating deception or intention to cover something.

– When a liar is questioned about something he delays the response for a few seconds in order to think or come up with a fake story. On the contrary, the honest person answers immediately in a spontaneous manner.

– If there are so many repetitions of some points, it means that he lacks of answering the critical facts the other person needs. That means he can’t tell the truth.

– A Liar maybe willingly answers your questions but on the other hand he will not ask you relevant or same questions. He tries to change the subject as soon as possible in order to avoid the awkward situation he was into.

– When the subject is changed he feels relief instead of the honest who seeks further explanations.

– He exaggerates (that’s a nice trick) so much, that makes you think that if he is lying he can’t come up with such as stupid and excessive explanation.

You can use some simple tricks to detect the lies while the conversation goes on. First speak for general things regarding your suspicions. Ask general questions and watch the liar’s response. If he takes some time to answer then he obviously lies because he is making a fake story, and that requires some time, at least few seconds which are enough for you to understand.

– The salesman is asking for your hobbies in order to create a bond with the potential client. For example: “I see you have pet magazines… you have pets?” “Yes I do.” “So do I!”

– Greasy agreements. When you have someone to agree all the time with you, even with some arguments you use that lack of rationality…then beware. It’s a fake response to get your approval and sympathy, although most of the times that attitude get the opposite results.

– Ask for little favours. There are no little favours. The little always leads to the big one. If someone keeps asking you for little things to do, most of the times (not always) is looking for the valuable action he is expecting for you to do. The reason for asking the little one first is that when you say “Yes”, you create the appropriate mindset which inevitably will come to the big “Yes”.