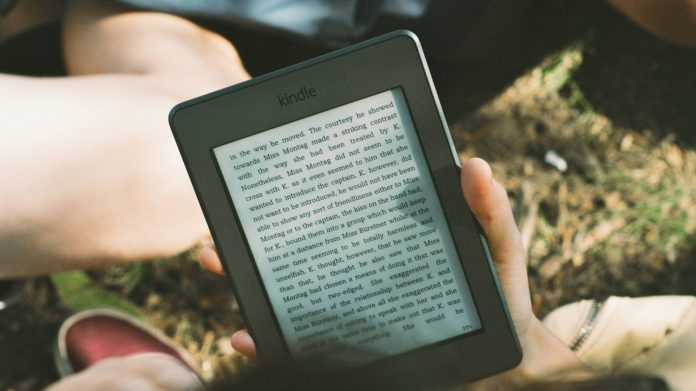 On Wednesday evening, a phalanx of Amazon employees known as “FC ambassadors” began tweeting again about how great it is to work at Amazon.

When the ambassadors see others on social media discussing the brutal working conditions at Amazon fulfillment centers, its anti-union actions or anything else unflattering about the company, they step in to offer an on-the-ground perspective.

They are, at once, warehouse workers and public relations representatives. One ambassador, going by the name Hannah, responded to a thread on Thursday that described poor treatment of Amazon’s workers.

“I suffer from depression too, and at one point I wanted to quit Amazon,” she wrote. “But I realized it was my fault for the problems I was dealing with, and not Amazon’s. I’m allowed to talk to people, but sometimes I don’t want to. Now I have some great coworkers to pass the nights with.”

Another ambassador, going by the name Rafael, responded to an accusation of being a robot.

“That would be a crazy technology to artificialize thoughts,” he wrote. “I am actually a picker inside the FC, (prep itms) and was given a chance to be an ambassador here.”

The FC ambassadors were introduced in 2018 and first attracted attention about a year ago. At the time, Krystal Hu, a reporter for Yahoo Finance, said that the company told her there were 14 FC ambassadors and that they were paid to patrol social media full time. They popped up again in February, when various accounts began spouting anti-union talking points (“unions are thieves” that make it difficult for employers to “discipline, terminate or promote”).

On Thursday, Amazon would not answer questions about how many ambassadors it employs or how exactly their jobs work.

“FC ambassadors are employees who work in our FCs and share facts based on personal experience,” said Lindsay Campbell, a spokeswoman for Amazon. “It’s important that we do a good job educating people about the actual environment inside our fulfillment centers, and the FC ambassador program is a big part of that along with the FC tours we provide.”

The accounts have provoked suspicion. In January, it appeared that the accounts had changed hands; one that had belonged to a “Leo” had changed its display name and handle to Ciera. A “Rick” had become a “James,” and a “Michelle” had transformed into a “Sarah.” (Critics of the account occasionally call them the “Borg,” a reference to an alien race in Star Trek who operate as a collective hive mind.)

Tweets from the ambassador accounts suggest that workers shift in and out of their social media roles. In May, for instance, an account that now uses the handle @AmazonFCBrianDJ tweeted a picture of a smiling man holding an Amazon package and announced that, after four months of tweeting, it would be his last day as an ambassador. About a week later, the account posted a picture of a different man who introduced himself as Brian D.J., an outbound picker at a fulfillment center in Jacksonville. The next month, an account using the name Mary Kate announced that she was returning to her role as a “picker and learning ambassador on the weekdays and modern dancer on the weekends.”

Alex Newhouse, a data analyst at a California gaming company, ran a simple analysis on the accounts and found that about 50 with the naming convention “amazonfc” in their handle were also using a social media management tool called Sprinklr. (Such tools are common for social media professionals; The New York Times uses one called SocialFlow.) Amazon confirmed that its ambassador accounts use Sprinklr.

Amazon is not the only company that relies on what publicists call “employee advocates.” Lizz Kannenberg, the director of brand strategy at Sprout Social, which advises companies on social media use, said that employee advocacy had developed over the last three to five years.

The practice emerged as an alternative to influencer marketing, in which popular accounts on social media are paid to hawk products or recommend services.

“People who work at a company are like the people you’re trying to reach,” Ms. Kannenberg said, adding that they are an “extension” of a brand’s identity rather than endorsers of products. But using employees to address criticism was “something I haven’t seen done successfully before,” she said.

But Amazon’s drafting of its employees to defend its practices is nothing new, said Joseph A. McCartin, a labor historian at Georgetown University. He described a similar practice a century earlier. To deal with the fallout from a massacre involving the Colorado Fuel and Iron Company, which John D. Rockefeller owned, the family hired Ivy Lee, widely seen as the inventor of modern public relations, and W.L. Mackenzie King, a labor consultant (who went on to become a Canadian prime minister). Mr. Lee and Mr. King used the company’s workers to promote its image as a model employer, despite the fact its labor practices had set off strikes that led to the massacre.

“In that sense, Amazon is currently operating from a venerable old playbook,” Mr. McCartin said.

By using Twitter this way, Amazon is reaching out directly to a public that is more confident in the company than in its local police force, its public representatives or its religious institutions, according to a 2018 Georgetown University poll.

Jonathan Albright, the director of the Digital Forensics Initiative at the Tow Center for Digital Journalism, said that the messages the accounts were spreading did not rise to the level of disinformation. But he said the practice could be deceptive in theory and had the potential to involve components of disinformation. He said that he preferred to refer to the campaign by what it was, calling it “dark art P.R.”